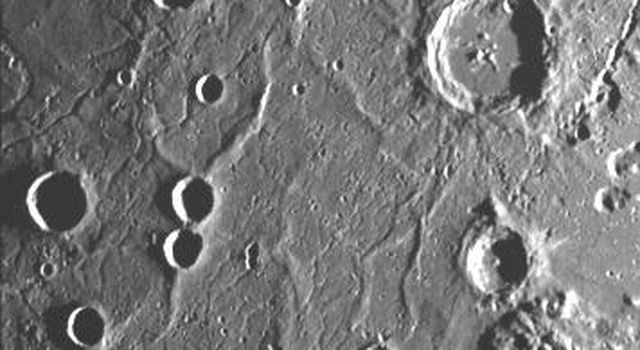 Ridges and Fractures on Floor of Caloris Basin 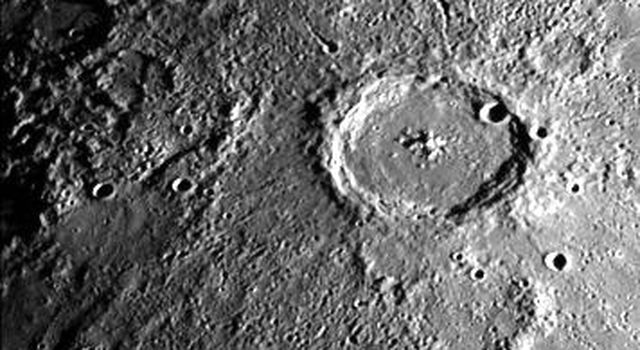 The craters in this image (128 km diameter and 195 km diameter) have interior rings of mountains and ejecta deposits which are scarred by deep secondary crater chain groves. This image (FDS 150) was taken during the spacecraft's first encounter with Mercury.