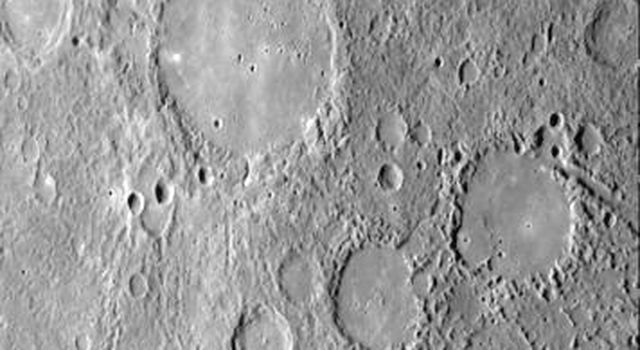 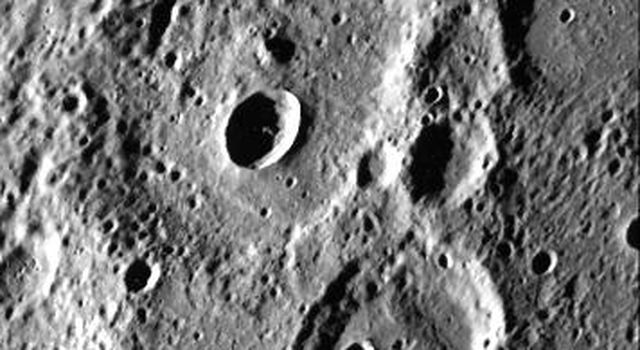 Cratered terrain very similar to that on the Moon is portrayed in this TV photo (FDS 27431) of Mercury taken by Mariner 10 on March 29 from a range of 31,000 kilometers (19,300 miles). The large flat-floored crater at right is about 100 kilometers (62 miles) in diameter-about the same size as the lunar crater Copernicus. Numerous small craters and linear grooves radial to the crater probably are ejecta thrown from the crater by impact. The surface is illuminated from the left.