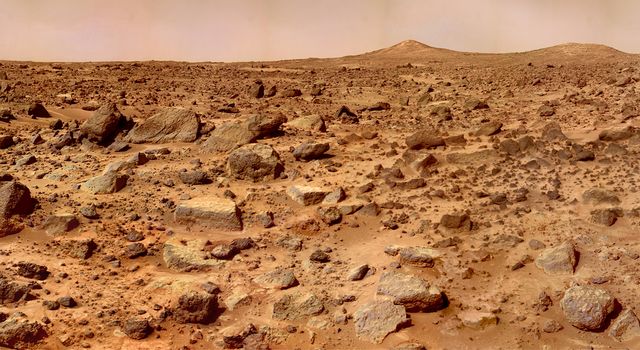 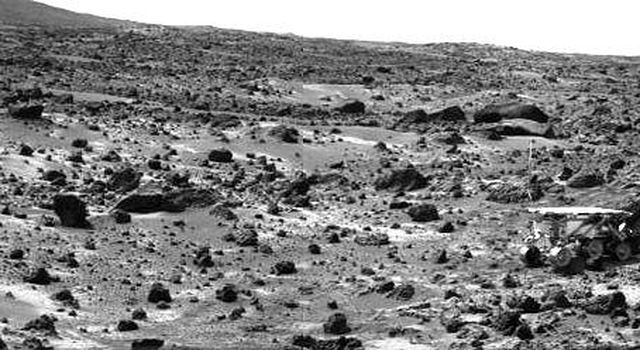 The "Twin Peaks" are modest-size hills to the southwest of the Mars Pathfinder landing site. They were discovered on the first panoramas taken by the IMP camera on the 4th of July, 1997, and subsequently identified in Viking Orbiter images taken over 20 years ago. The peaks are approximately 30-35 meters (-100 feet) tall. North Twin is approximately 860 meters (2800 feet) from the lander, and South Twin is about a kilometer away (3300 feet). The scene includes bouldery ridges and swales or "hummocks" of flood debris that range from a few tens of meters away from the lander to the distance of the South Twin Peak.

The composite color frames that make up this "left-eye" image consist of 8 frames, taken with different color filters that were enlarged by 500% and then co-added using Adobe Photoshop to produce, in effect, a super-resolution panchromatic frame that is sharper than an individual frame would be. This panchromatic frame was then colorized with the red, green, and blue filtered images from the same sequence. The color balance was adjusted to approximate the true color of Mars.