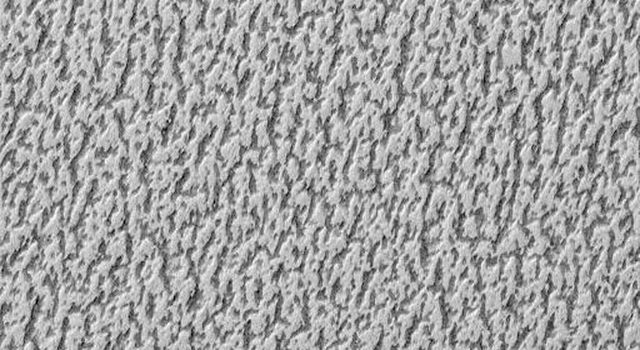 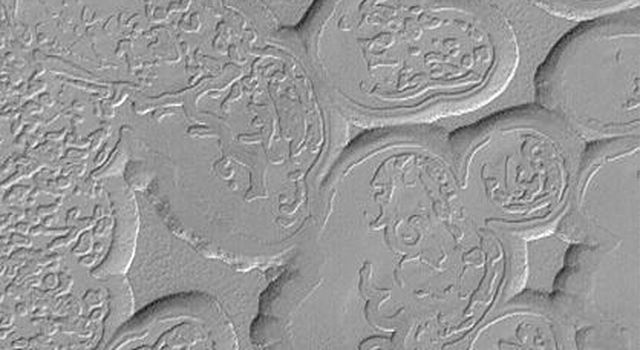 This image is illuminated by sunlight from the upper left.

Some of the surface of the residual south polar cap has a pattern that resembles that of sliced, swiss cheese. Shown here at the very start of southern spring is a frost-covered surface in which there are two layers evident--a brighter upper layer into which are set swiss cheese-like holes, and a darker, lower layer that lies beneath the "swiss cheese" pattern. Nothing like this exists anywhere on Mars except within the south polar cap.