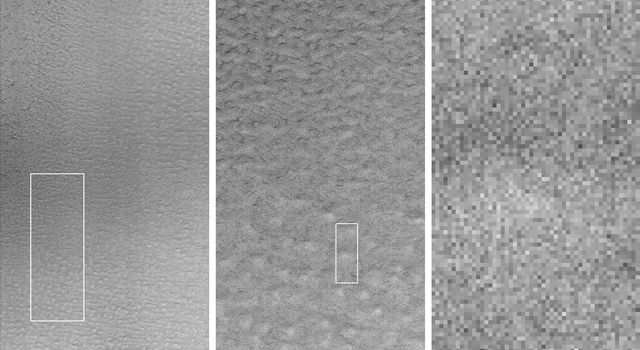 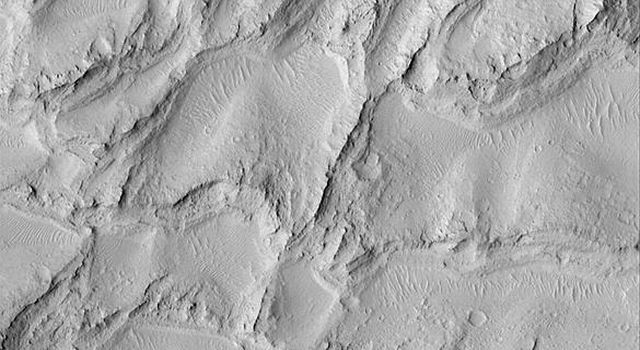 A pair of Mars Global Surveyor (MGS) Mars Orbiter Camera (MOC) images (above, center and right) shows close-up views of a sand dune field that was first detected by the Viking orbiters in the late 1970s (above, left). What is surprising about the MOC images is that they reveal a dune field unlike any other thus far seen on Mars--this one has impact craters on its surface, and LOTS of them!

The field of parallel ridges north of the dune field (above the white boxes in picture at the left) is a wind-eroded material named the Apollinaris Sulci. It is possible that the dune field shown here was once covered by this wind-eroded material and was later exhumed. Regardless, the dunes were somehow hardened and have been exposed as hard rock on the martian surface long enough for many impact craters smaller than a few hundred meters (few hundred yards) across to form. These dunes are therefore quite ancient -- one might say that this is a "fossil" dune field. A similar effect at a much smaller scale can be seen by examining some sandstones and siltstones on Earth -- if conditions were right, ripples formed in either water or wind are preserved in such rocks.

The release for image C in the caption can be found here.