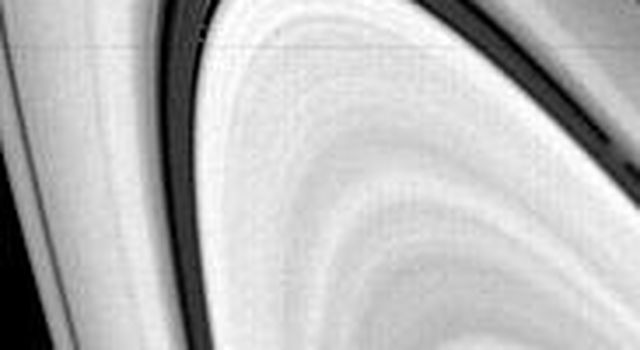 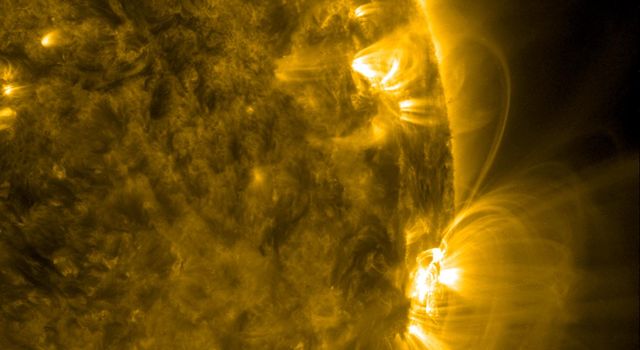 Voyager 1 took this narrow-angle camera image on 5 March 1979 from a distance of 450,000 kilometers. At this geometry, the camera looks straight down through a volcanic plume at one of Io's most active volcanos, Pele. The large heart-shaped feature is the region where Pele's plume falls to the surface. At the center of the "heart" is the small dark fissure that is the source of the eruption. The Voyager Project is managed by the Jet Propulsion Laboratory for NASA's Office of Space Science.