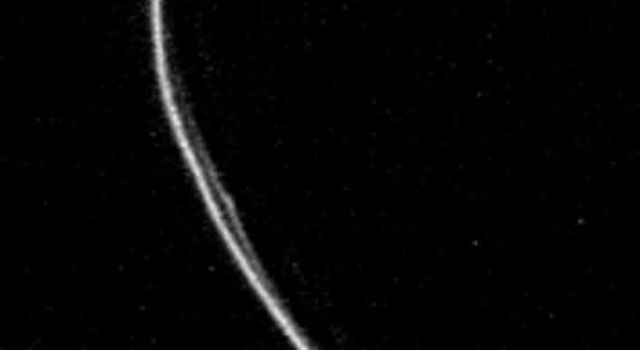 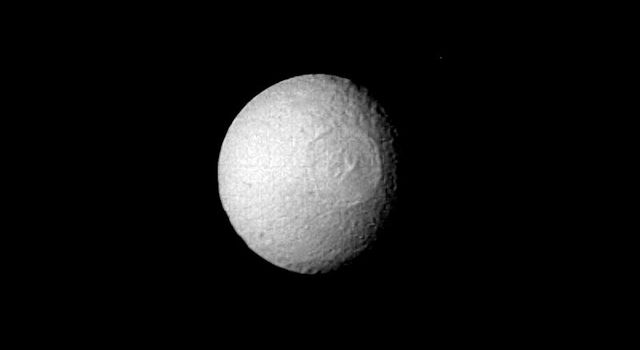 This picture of a multi-ring basin on Callisto was taken the morning of March 6, 1979, from a distance of about 200,000 km. The complicated circular structure seen at left center is similar to the large circular impact basins that dominate the surface of the Earth's moon and also the planet Mercury. The inner parts of these basins are generally surrounded by radially lineated ejecta and several concentric mountainous ring structures that are thought to form during the impact event. This multi-ring basin on Callisto consists of light floored central basin some 300 km in diameter surrounded by at least eight to ten discontinuous rhythmically spaced ridges. No radially lineated ejecta can be seen. The ring structures on Moon and Mercury have been likened to ripples produced on a pond by a rock striking the water. The great number of rings observed around this basin on Callisto is consistent with its low planetary density and probable low internal strength. JPL manages and controls the Voyager project for NASA's Office of Space Science.