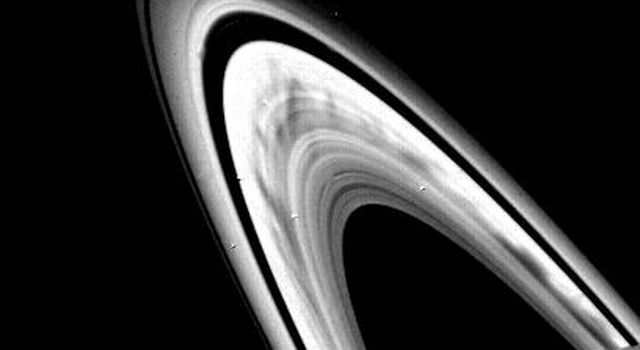 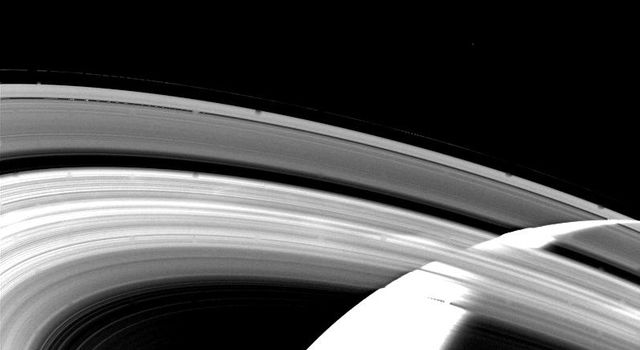 Crescent of Saturn
The icy, cratered surface of Saturn's moon Rhea is seen in this image taken by Voyager 1 on Nov. 12, 1980, at a range of 85,000 kilometers (52,800 miles) as the spacecraft passed over the satellite's north pole. The heavily cratered surface attests to the satellite's ancient age. The largest craters, 50 to 100 kilometers (30 to 60 miles) across and several kilometers deep, are freshly preserved in Rhea's icy crust. The craters and landscape resemble those on the Moon and Mercury, and are unlike the flattened crater forms that have collapsed in the soft icy crusts of the Jovian moons Callisto, Ganymede and Europa. Scientists believe that Rhea (which is just 1,600 kilometers or 995 miles in diameter, compared to the 5,500-kilometer or 3,400-mile diameter of Ganymede) froze and became rigid, behaving like a rocky surface, very early in its history. The Voyager project is managed for NASA by the Jet Propulsion Laboratory, Pasadena, Calif.
View all Images