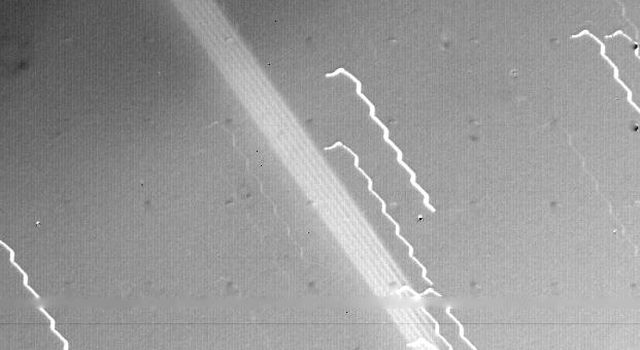 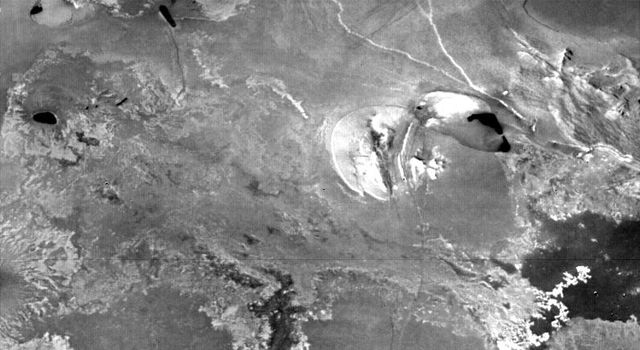 This picture of part of the southern hemisphere of Io was taken at a range of 74,675 km and shows an area at the terminator, very close to the edge of the disk as viewed from the spacecraft. In the foreground is gently undulating topography, while in the back-ground are two mountains with their near faces brightly illuminated by the sun. The mountain in the right is approximately 150 km across at its base and its height is probably in excess of 15 km which would make it higher than any mountain on Earth. The origin of the feature is not known but it could be a large volcano. In the foreground are numerous irregular markings which are typical of much of the surface of Io seen so far. The Voyager Project is managed and controlled by the Jet Propulsion Laboratory for NASA's Office of Space Science.