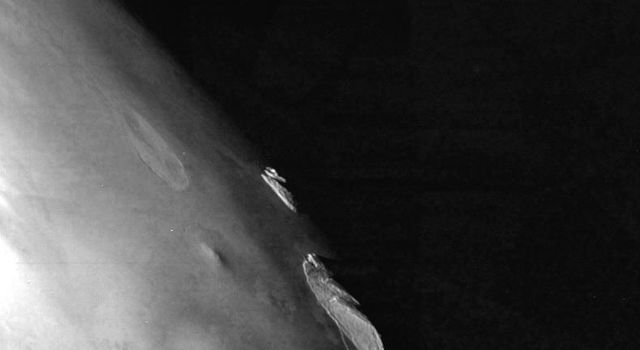 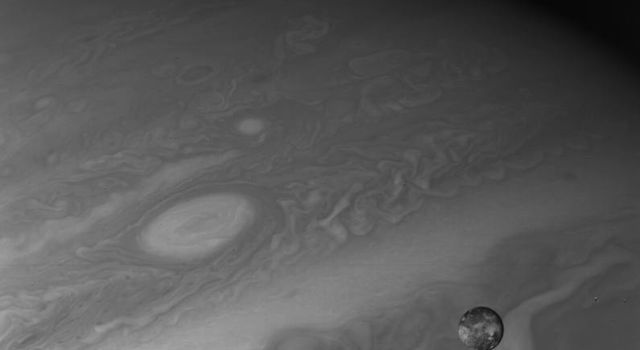 This image was acquired by Voyager 1 as it approached close passage by the south pole of Io, the innermost of the four large Galilean satellites. This image was acquired at a range of 82,500 kilometers and shows an area approximately 600 km (350 miles) on a side. The sun shines from the left about 45 above the horizon as seen from the surface. The region shown is in Io's equatorial region and contains a myriad of complex features. A variety of features are visible: mountain and plateaus bounded by scarps that vary from irregular to linear, vast smooth plains, rough bright areas that may evidence curious erosion. The Voyager Project is managed and controlled by the Jet Propulsion Laboratory for NASA's Office of Space Science.