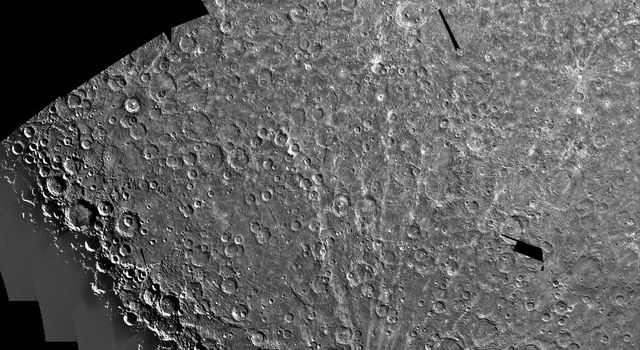 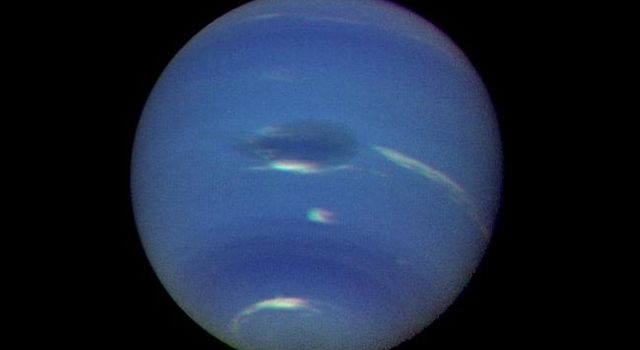 H-1 Computer Photomosaic of the Borealis Area of Mercury The Borealis Region, located in Mercury's northern hemisphere, was imaged by the Mariner 10 spacecraft during its initial approach to the planet. The north pole is visible at the top of the image. The Image Processing Lab at NASA's Jet Propulsion Laboratory produced this photomosaic using computer software and techniques developed for use in processing planetary data. The images used to construct the Borealis photomosaic were taken during Mariner's flyby of Mercury. The Mariner 10 spacecraft imaged Venus in February 1974 on the way to three encounters with Mercury in March and September 1974 and in March 1975. The spacecraft took 7,000 images of during its mission. The Mariner 10 mission was managed by the Jet Propulsion Laboratory for NASA's Office of Space Science.