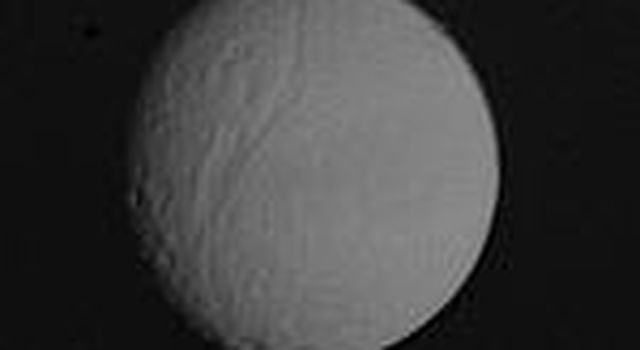 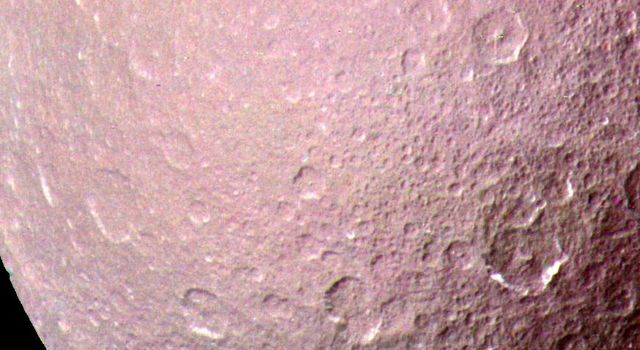 Titan's thick haze layer is shown in this enhanced Voyager 1 image taken Nov. 12, 1980 at a distance of 435,000 kilometers (270,000 miles). Voyager images of Saturn's largest moon show Titan completely enveloped by haze that merges with a darker "hood" or cloud layer over the north pole. Such a mantle is not present at the south pole. At Voyager's closest approach to Titan on Nov. 11, 1980, spacecraft instruments found that the moon has a substantial atmosphere, far denser than that of Mars and possibly denser than Earth's. The Voyager Project is managed for NASA by the Jet Propulsion Laboratory, Pasadena, Calif.