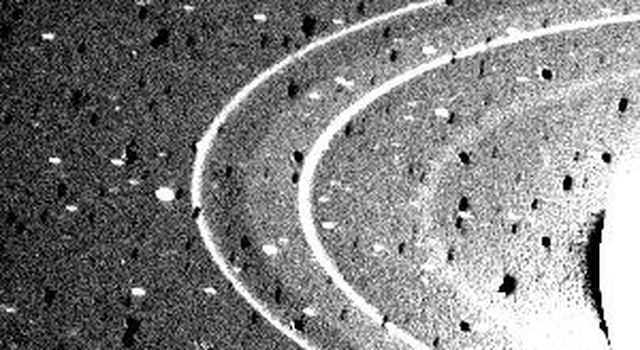 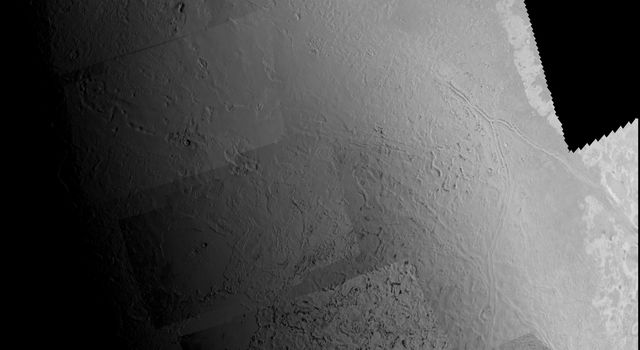 Voyager 2 was 530,000 kilometers (330,000 miles) from Neptune's largest satellite, Triton, when this photo was taken, Aug. 24, 1989. With a resolution of 10 kilometers (6 miles), this is the first photo of Triton to reveal surface topography. The south pole, continuously illuminated by sunlight at this season, is at bottom left. The boundary between the bright southern hemisphere and the darker northern hemisphere is clearly visible. Both the darker regions to the north and the very bright sub-equatorial band show a complex pattern of irregular topography that somewhat resembles "fretted terrain" on parts of Venus and Mars. The pattern of dark and light regions over most of the southern hemisphere will require higher-resolution images for interpretation. Also evident are long, straight lines that appear to be surface expressions of internal, tectonic processes. No large impact craters are visible, suggesting that the crust of Triton has been renewed relatively recently that is, within the past billion years or less. The Voyager Mission is conducted by JPL for NASA's Office of Space Science and Applications.