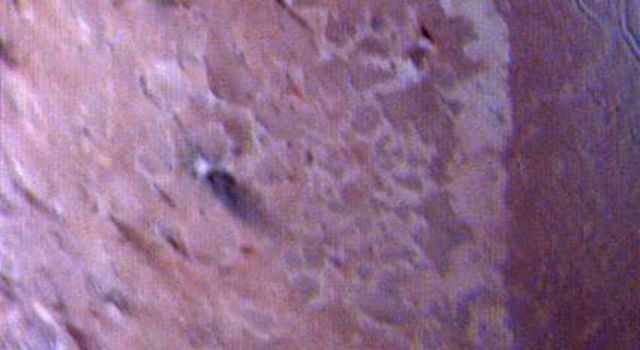 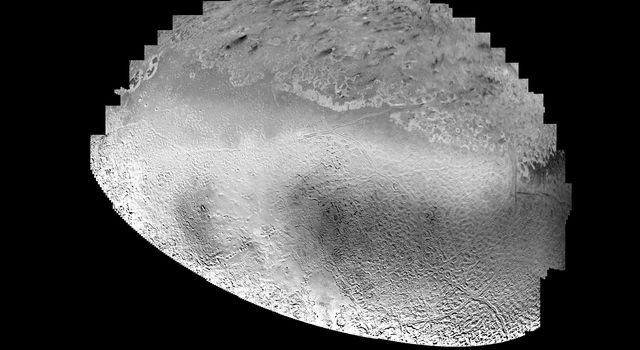 This dramatic view of the crescents of Neptune and Triton was acquired by Voyager 2 approximately 3 days, 6 and one-half hours after its closest approach to Neptune (north is to the right). The spacecraft is now plunging southward at an angle of 48 degrees to the plane of the ecliptic. This direction, combined with the current season of southern summer in the Neptune system, gives this picture its unique geometry. The spacecraft was at a distance of 4.86 million kilometers (3 million miles) from Neptune when these images were shuttered so the smallest detail discernible is approximately 90 kilometers (56 miles). Color was produced using images taken through the narrow-angle camera's clear, orange and green filters. Neptune does not appear as blue from this viewpoint because the forward scattering nature of its atmosphere is more important than its absorption of red light at this high phase angle (134 degrees). The Voyager Mission is conducted by JPL for NASA's Office of Space Science and Applications.