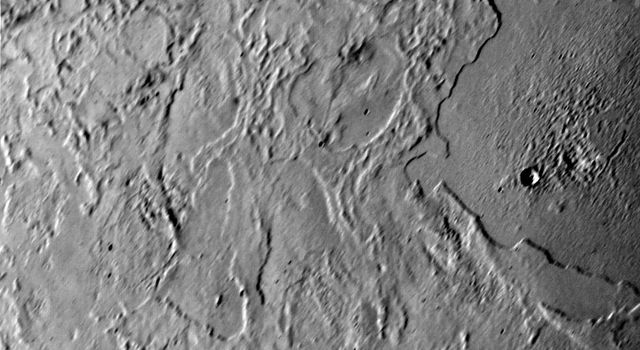 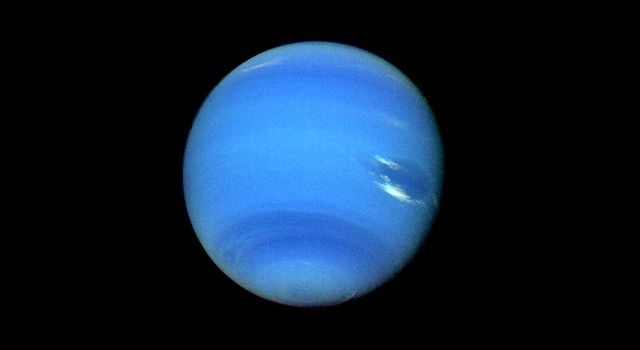 Neptune
These pictures of Neptune were obtained by Voyager 2 on April 26,1989, at a distance of 176 million kilometers (109 million miles). At the center of the Neptune disc, each pixel covers a square 4 degrees by 4 degrees in latitude. (Each Voyager image contains 800 pixels, picture elements, per line and 800 lines.) Resolution here was 3256 kilometers (2020 miles) per line pair. The violet, clear and orange filters of Voyager's narrow-angle camera were used to produce the color pictures. Image processing enhances contrast of the features. The picture on the right was taken five hours after that at left, during which time the planet rotated 100 degrees. The dark spot visible in the left picture appeared in clear filter images obtained three months earlier. A much brighter, white spot, prominent in the earlier images, has now apparently faded. The white spot near the south pole in the right picture is new. It was visible only faintly in a picture taken 18 hours earlier at the same longitude. This evidence of dynamic activity was unexpected in Neptune's atmosphere because Neptune receives only one-tenth of one percent as much solar energy as does the Earth.
View all Images