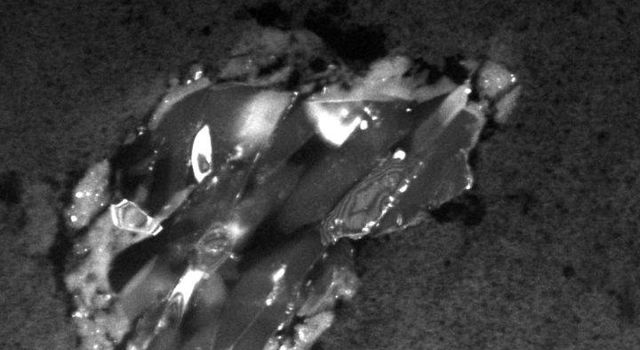 Piece of a Comet 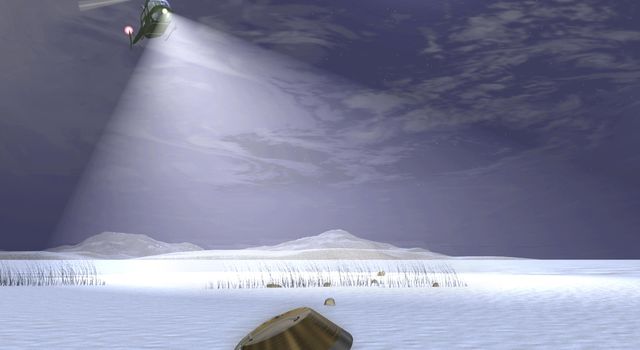 This image illustrates one of several ways scientists have begun extracting comet particles from the Stardust spacecraft's collector. First, a particle and its track are cut out of the collector material, called aerogel, in a wedge-shaped slice called a keystone. A specialized silicon pickle fork is then used to remove the keystone from the remaining aerogel for further analysis.