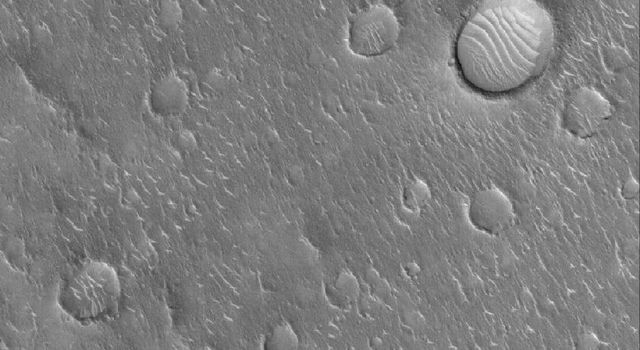 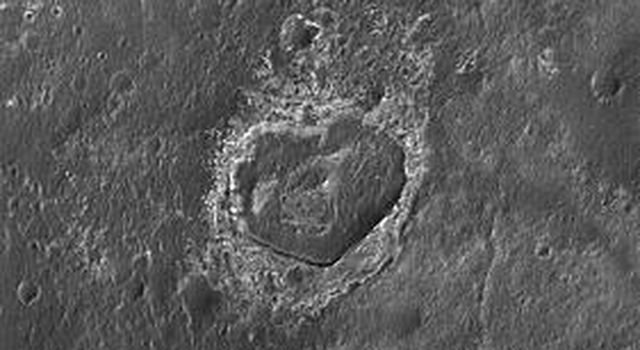 16 February 2006
This Mars Global Surveyor (MGS) Mars Orbiter Camera (MOC) image shows a portion of the south polar residual cap where the effects of sublimation are apparent. Over extended periods of time, sublimation "eats" away at the smoother appearing material (largely composed of frozen carbon dioxide), darkening the scarps and creating the irregularly shaped depressions that are present throughout much of the scene.