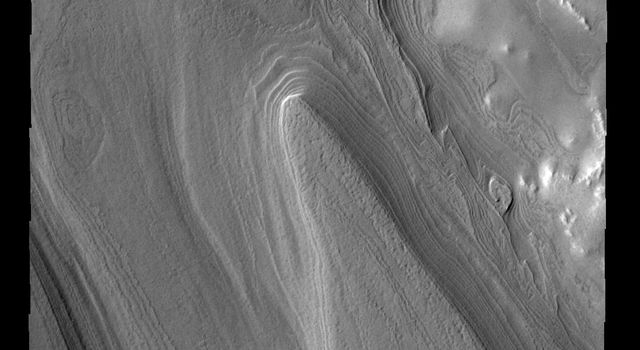 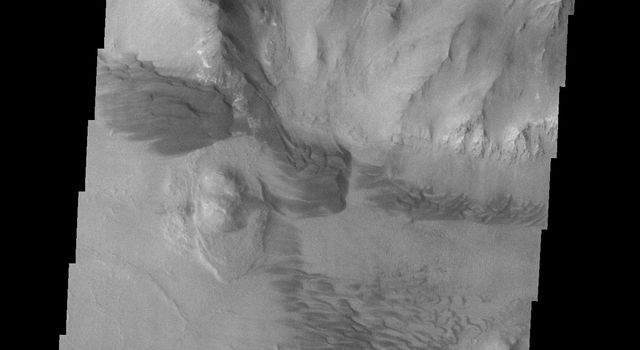 This isolated mesa [lower left center of the image] has an almost heart-shaped margin. Happy Valentine's Day from Mars.