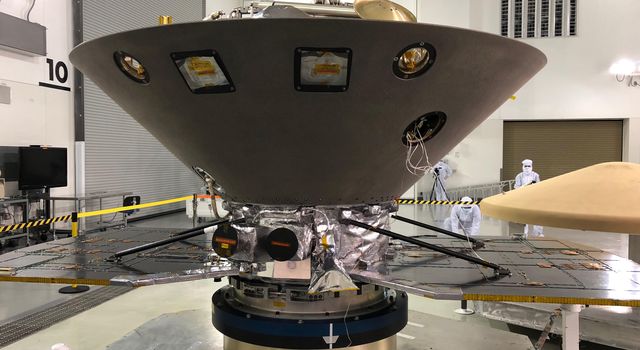 Getting Ready for Launch 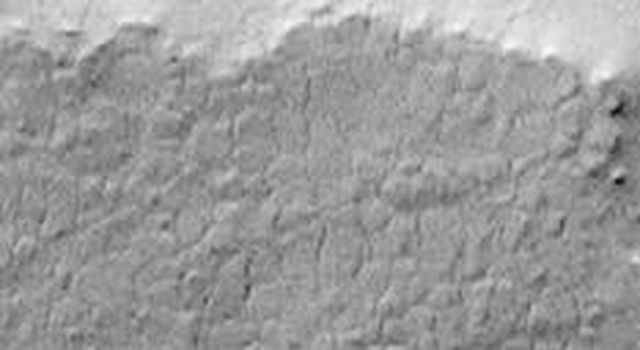 MOC "sees" by the dawn's early light! This picture was taken over the high southern polar latitudes during the first week of May 1999. The area shown is currently in southern winter darkness. Because sunlight is scattered over the horizon by aerosols--dust and ice particles--suspended in the atmosphere, sufficient light reaches regions within a few degrees of the terminator (the line dividing night and day) to be visible to the Mars Global Surveyor Mars Orbiter Camera (MOC) when the maximum exposure settings are used.

This image shows a bright, wispy cloud hanging over southern Malea Planum. This cloud would not normally be visible, since it is currently in darkness. At the time this picture was taken, the sun was more than 5.7° below the northern horizon. The scene covers an area 3 kilometers (1.9 miles) wide. Again, the illumination is from the top.

In this frame, the surface appears a relatively uniform gray. At the time the picture was acquired, the surface was covered with south polar wintertime frost. The highly reflective frost, in fact, may have contributed to the increased visibility of this surface.

This "twilight imaging" technique for viewing Mars can only work near the terminator; thus in early May only regions between about 67°S and 74°S were visible in twilight images in the southern hemisphere, and a similar narrow latitude range could be imaged in the northern hemisphere. MOC cannot "see" in the total darkness of full-borne night.