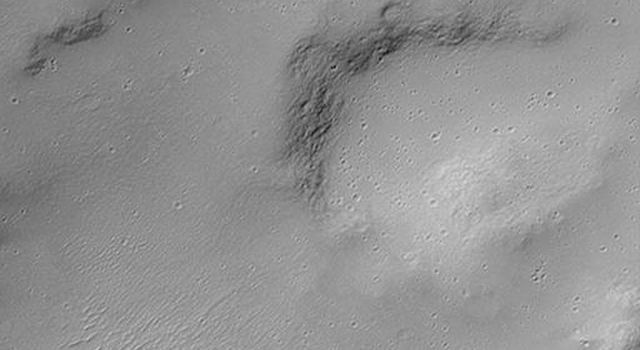 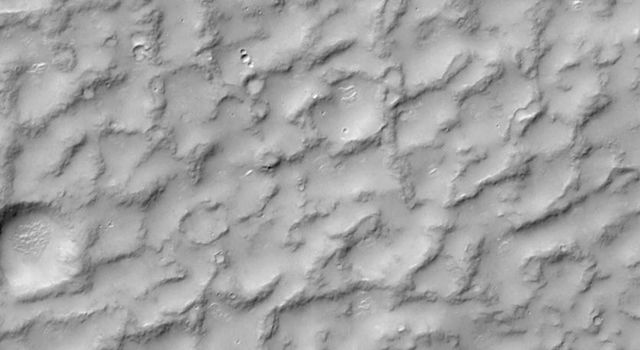 During the first week of May 1999, the Mars Orbiter Camera (MOC) spent sometime peering into martian impact craters.

This crater is located in south-central Syria Planum and is about 7.0 kilometers (4.4 miles) across. Illumination is from the upper left.

If you have ever visited the famous Meteor Crater in northern Arizona, U.S.A., then you are aware of its immense size on a human scale. The Arizona crater, however, is only 1 kilometer across (0.62 miles), whereas this crater is seven times wider.

This crater was formed by the impact and explosion of a meteorite at some time in the martian past. After the crater formed, it was modified by wind and erosion. The crater shows deposits of sand and dust on the floor and in low areas around their rim, also boulders and other debris that has slid down the inside walls of the crater; and some crater walls show exposures of bedrock.