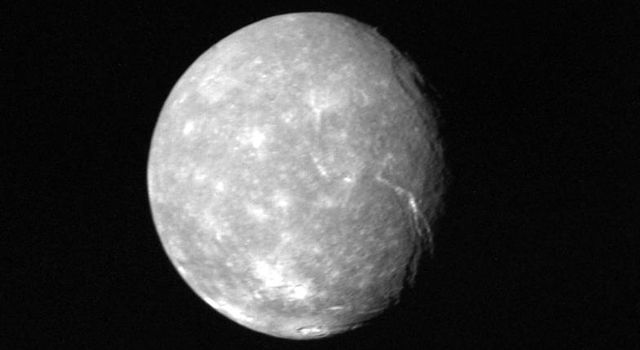 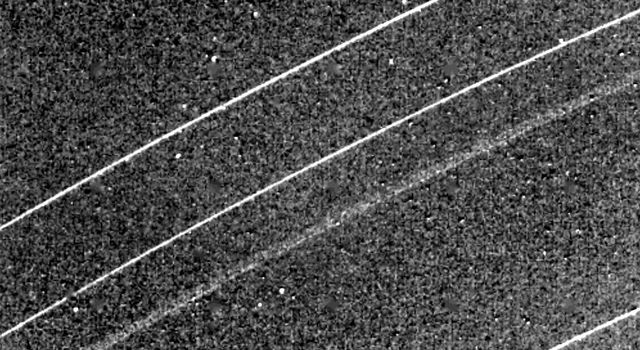 This Voyager 2 image of Miranda was taken Jan. 23, 1986, as the spacecraft neared Uranus. This image was acquired from a distance of 1.38 million kilometers (860,000 miles) through the clear filter of Voyager's narrow-angle camera. Miranda is the innermost of the five Uranian satellites known from Earth-based observations. Images from the Jan. 24 closest approach to Miranda should reveal in greater detail the region toward the bottom of this view, where a sinuous bright marking crosses a circular dark area. These features lie between a bright (high-albedo) region at left and a region of average albedo at right. Miranda is about 500 km (300 mi) in diameter; the resolution of this image is about 26 km (16 mi). The Voyager project is managed for NASA by the Jet Propulsion Laboratory.