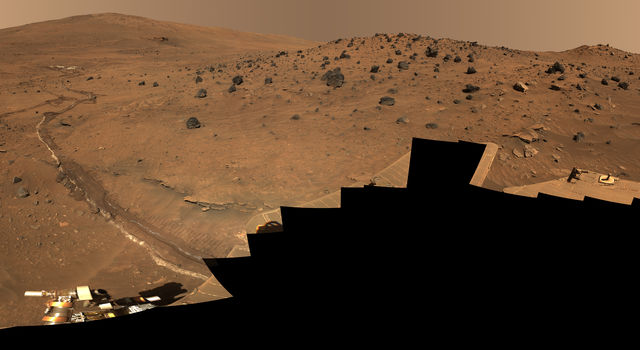 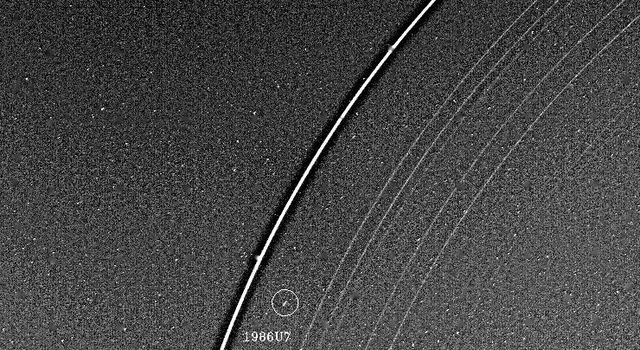 This "family portrait" of Uranus' five largest moons was compiled from images sent back Jan. 20, 1986, by the Voyager 2 spacecraft. The pictures were taken through a clear filter from distances of 5.0 million to 6.1 million kilometers (3.1 million to 3.8 million miles). In this comparison, we see the relative sizes and relativities of the satellites. From left, in order of increasing distance from the planet, they are Miranda, Ariel, Umbriel, Titania and Oberon. The two largest, Oberon and Titania, are about half the size of Earth's Moon, or roughly, 1,600 kilometers (1,000 miles) in diameter. Miranda, smallest of the five, has about one-quarter to one-third the diameter. Even in these distant views, the satellites exhibit distinct differences in appearance. On average, Oberon and Titania reflect about 20 percent of the sunlight, Umbriel about 12 percent, Ariel and Miranda about 30 percent. Ariel shows the largest contrast on its surface, with the brightest areas about 25 percent. All five satellites show only slight color variations on their surfaces, with their average color being very nearly gray. The best views of the satellites will be obtained Jan. 24, the day of closest approach. The Voyager project is managed for NASA by the Jet Propulsion Laboratory.