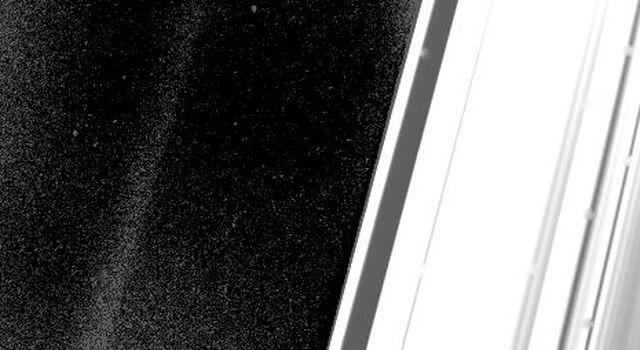 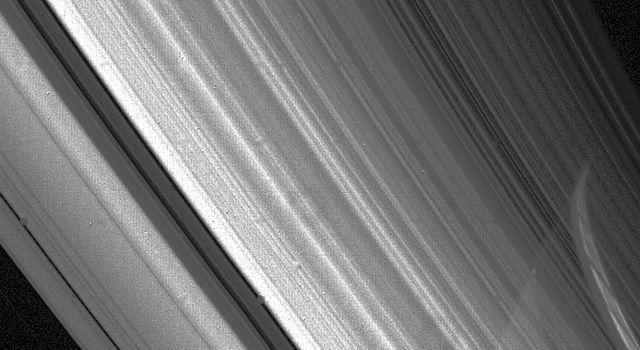 Circulation around a large brown spot in Saturn's atmosphere can be seen in this pair of green-filter Voyager 2 images taken Aug. 23 and 24 from distances of 2.7 million and 2.3 million kilometers (1.7 million and 1.4 million miles), respectively. The top frame was taken about 10 hours 15 minutes before that at bottom. Brighter clouds like that seen to the northwest of the spot (to the upper left in these views) are observed in this time-lapse comparison to move in an anti-cyclonic direction (counterclockwise in the northern hemisphere). One interpretation says this anti-cyclonic motion is associated with downdrafts that would induce clearing over the spot. Consequently, the spot itself may represent an opening in Saturn's upper cloud deck through which darker underlying clouds can be seen. The smallest features visible here are more than 50 km. (30 mi.) across. The Voyager project is managed for NASA by the Jet Propulsion Laboratory, Pasadena, Calif.