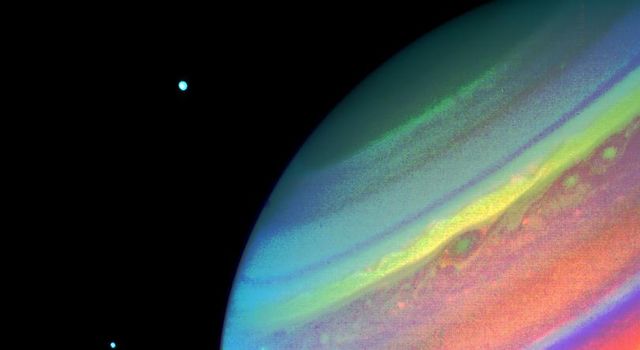 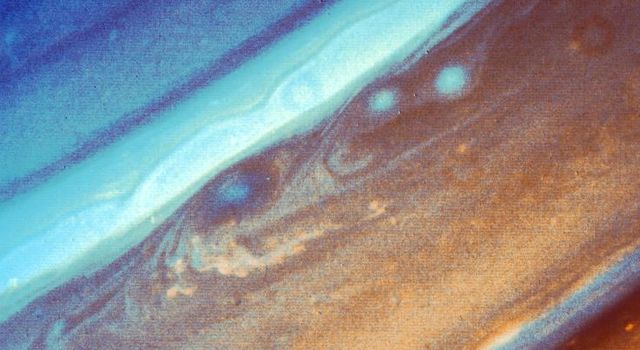 In this Voyager 2 observation of Saturn's northern mid-latitudes is seen a strangely curled cloud attached by a thin ribbon to the bright white cloud region to the north. The cloud has been monitored for seven rotations around the planet. It appears to be forming a closed loop. Other discrete clouds are seen to the east. Also evident is the "ribbonlike" structure at 47 north latitude in the white cloud region. The spacecraft took this image Aug. 16 from a distance of 9.3 million kilometers (5.8 million miles), when the smallest feature seen was about 90 kilometers (56 miles) across. The Voyager project is managed for NASA by the Jet Propulsion Laboratory, Pasadena, Calif.