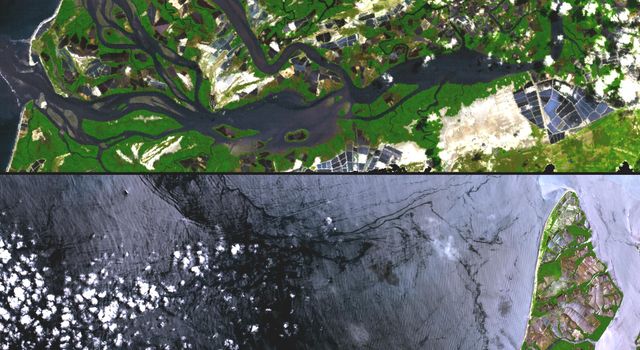 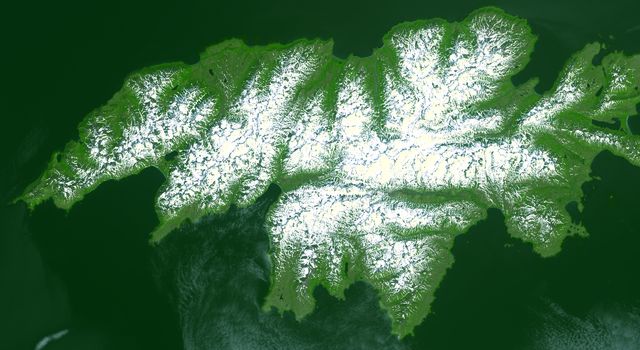 The highest tides on Earth occur in the Minas Basin, the eastern extremity of the Bay of Fundy, Nova Scotia, Canada, where the tide range can reach 16 meters when the various factors affecting the tides are in phase. The primary cause of the immense tides of Fundy is a resonance of the Bay of Fundy-Gulf of Maine system. The system is effectively bounded at this outer end by the edge of the continental shelf with its approximately 40:1 increase in depth. The system has a natural period of approximately 13 hours, which is close to the 12h25m period of the dominant lunar tide of the Atlantic Ocean. Like a father pushing his daughter on a swing, the gentle Atlantic tidal pulse pushes the waters of the Bay of Fundy-Gulf of Maine basin at nearly the optimum frequency to cause a large to-and-fro oscillation. The greatest slosh occurs at the head (northeast end) of the system. The high tide image (top) was acquired April 20, 2001, and the low tide image (bottom) was acquired September 30, 2002. The images cover an area of 16.5 by 21 km, and are centered near 64 degrees west longitude and 45.5 degrees north latitude.