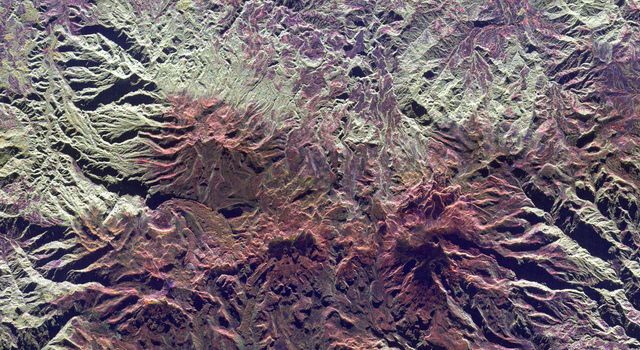 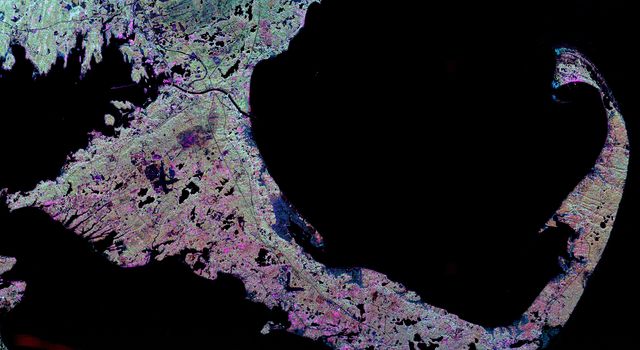 This spaceborne radar image shows part of the remote central Asian region of Tuva, an autonomous republic of the Russian Federation. Tuva is a mostly mountainous region that lies between western Mongolia and southern Siberia. This image shows the area just south of the republic's capital of Kyzyl. Most of the red, pink and blue areas in the image are agricultural fields of a large collective farming complex that was developed during the era of the Soviet Union. Traditional agricultural activity in the region, still active in remote areas, revolves around practices of nomadic livestock herding. White areas on the image are north-facing hillsides, which develop denser forests than south-facing slopes. The river in the upper right is one of the two major branches of the Yenesey River. Tuva has received some notoriety in recent years due to the intense interest of the celebrated Caltech physicist Dr. Richard Feynman, chronicled in the book "Tuva or Bust" by Ralph Leighton.