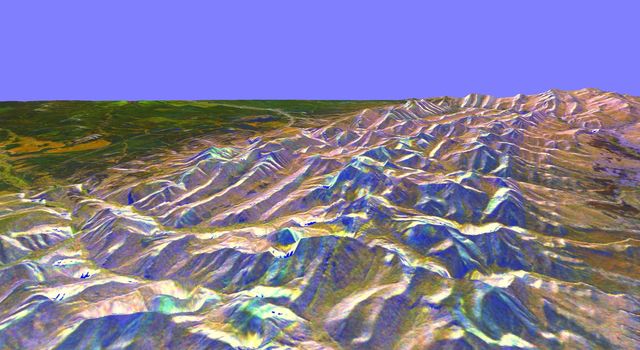 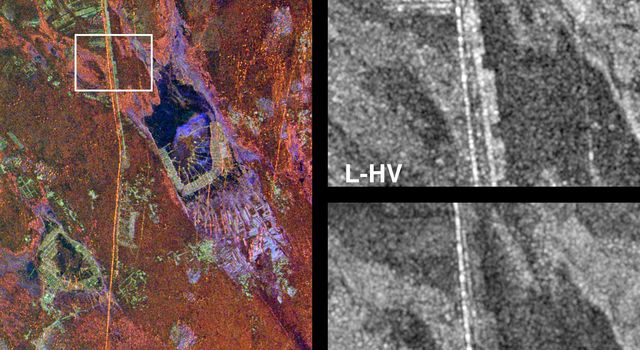 This spaceborne radar image of Belgrade, Serbia, illustrates the variety of land use patterns that can be observed with a multiple wavelength radar system. Belgrade, the capital of Serbia and former capital of Yugoslavia, is the bright area in the center of the image. The Danube River flows from the top to the bottom of the image, and the Sava River flows into the Danube from the left. Agricultural fields appear in shades of dark blue, purple and brown in outlying areas. Vegetated areas along the rivers appear in light blue-green, while dense forests in hillier areas in the lower left appear in a darker shade of green.