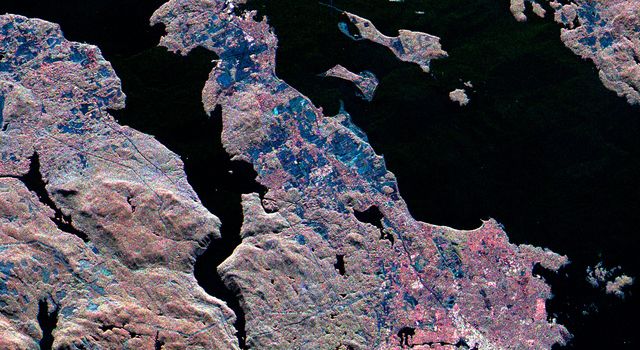 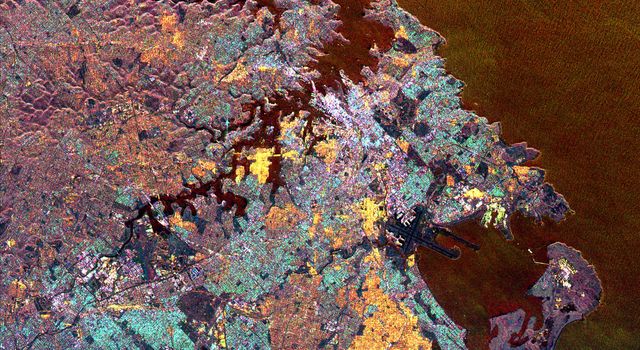 Australia's capital city, Canberra, is shown in the center of this spaceborne radar image. Images like this can help urban planners assess land use patterns. Heavily developed areas appear in bright patchwork patterns of orange, yellow and blue. Dense vegetation appears bright green, while cleared areas appear in dark blue or black. Located in southeastern Australia, the site of Canberra was selected as the capital in 1901 as a geographic compromise between Sydney and Melbourne. Design and construction of the city began in 1908 under the supervision of American architect Walter Burley-Griffin. Lake Burley-Griffin is located above and to the left of the center of the image. The bright pink area is the Parliament House. The city streets, lined with government buildings, radiate like spokes from the Parliament House. The bright purple cross in the lower left corner of the image is a reflection from one of the large dish-shaped radio antennas at the Tidbinbilla, Canberra Deep Space Network Communication Complex, operated jointly by NASA and the Australian Space Office.