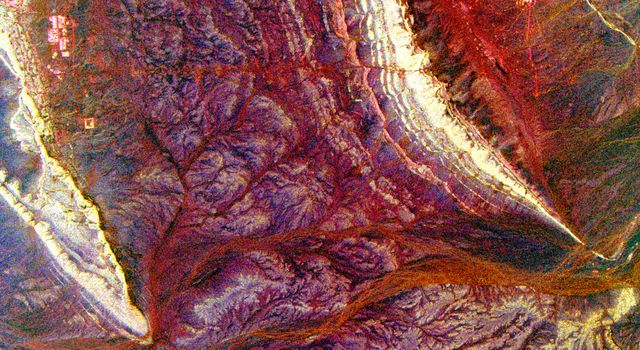 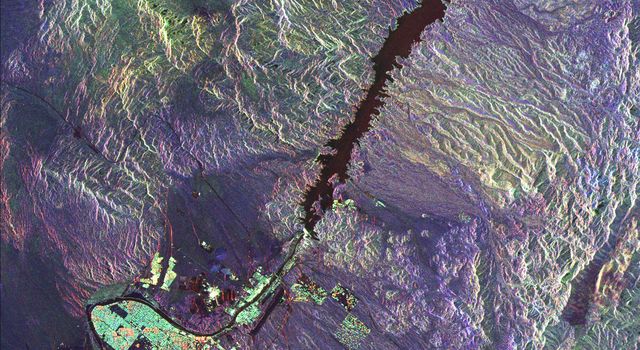 Ancient lava flows dating back 2,000 to 15,000 years are shown in light green and red on the left side of this space radar image of the Craters of the Moon National Monument area in Idaho. The volcanic cones that produced these lava flows are the dark points shown within the light green area. Craters of the Moon National Monument is part of the Snake River Plain volcanic province. Geologists believe this area was formed as the North American tectonic plate moved across a "hot spot" which now lies beneath Yellowstone National Park. The irregular patches, shown in red, green and purple in the lower half of the image are lava flows of different ages and surface roughnesses. One of these lava flows is surrounded by agricultural fields, the blue and purple geometric features, in the right center of the image. The town of Arco, Idaho is the bright yellow area on the right side of the agricultural area. The peaks along the top of the image are the White Knob Mountains. The Big Lost River flows out of the canyon at the top right of the image.