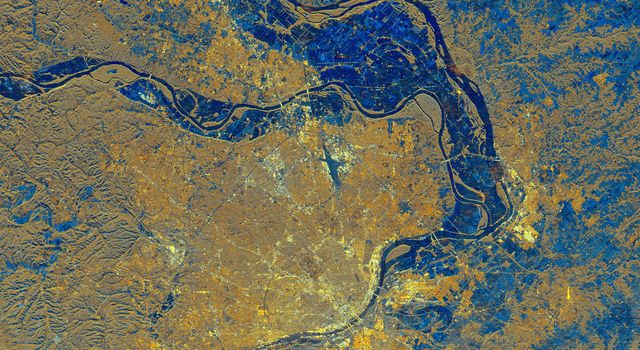 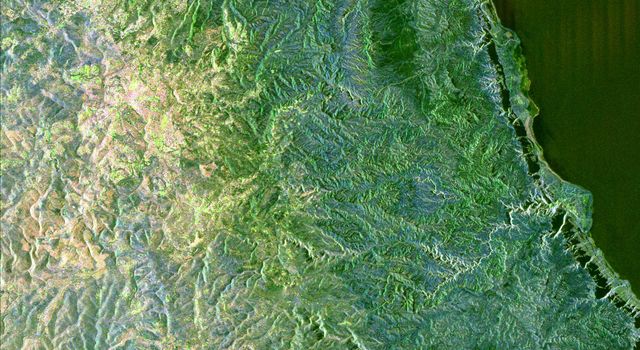 Space Radar Image of Jerusalem and the Dead Sea

The city of Washington, D.C., is shown is this space radar image. Images like these are useful tools for urban planners and managers, who use them to map and monitor land use patterns. Downtown Washington is the bright area between the Potomac (upper center to lower left) and Anacostia (middle right) rivers. The dark cross shape that is formed by the National Mall, Tidal Basin, the White House and Ellipse is seen in the center of the image. Arlington National Cemetery is the dark blue area on the Virginia (left) side of the Potomac River near the center of the image. The Pentagon is visible in bright white and red, south of the cemetery. Due to the alignment of the radar and the streets, the avenues that form the boundary between Washington and Maryland appear as bright red lines in the top, right and bottom parts of the image, parallel to the image borders.