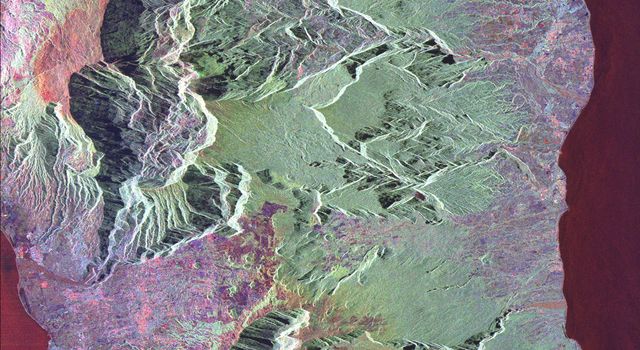 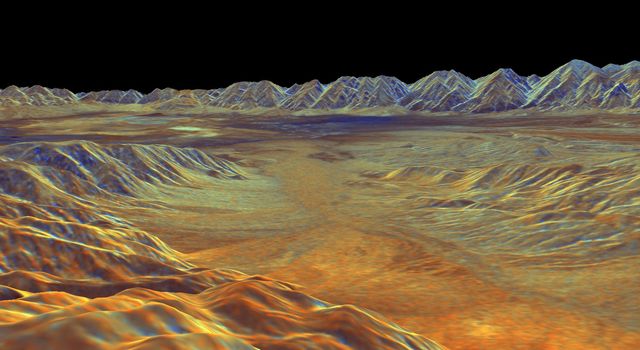 This is a three-dimensional perspective view of Owens Valley, near the town of Bishop, California that was created by combining two spaceborne radar images using a technique known as interferometry. Visualizations like this one are helpful to scientists because they clarify the relationships of the different types of surfaces detected by the radar and the shapes of the topographic features such as mountains and valleys. The view is looking southeast along the eastern edge of Owens Valley. The White Mountains are in the center of the image, and the Inyo Mountains loom in the background. The high peaks of the White Mountains rise more than 3,000 meters (10,000 feet) above the valley floor. The runways of the Bishop airport are visible at the right edge of the image. The meandering course of the Owens River and its tributaries appear light blue on the valley floor. Blue areas in the image are smooth, yellow areas are rock outcrops, and brown areas near the mountains are deposits of boulders, gravel and sand known as alluvial fans. The image was constructed by overlaying a color composite radar image on top of a digital elevation map.