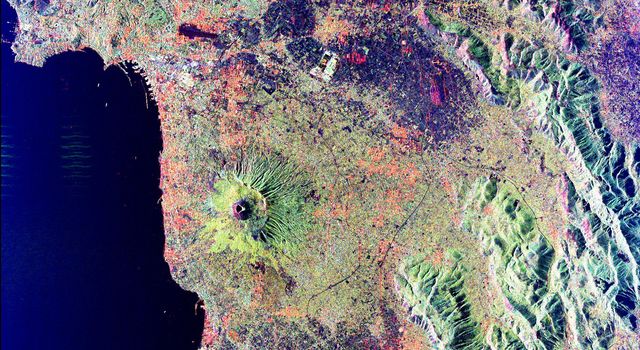 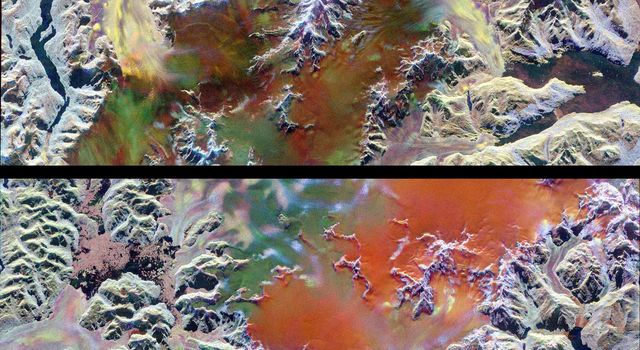 This radar image shows the Teide volcano on the island of Tenerife in the Canary Islands. The Canary Islands, part of Spain, are located in the eastern Atlantic Ocean off the coast of Morocco. Teide has erupted only once in the 20th Century, in 1909, but is considered a potentially threatening volcano due to its proximity to the city of Santa Cruz de Tenerife, shown in this image as the purple and white area on the lower right edge of the island. The summit crater of Teide, clearly visible in the left center of the image, contains lava flows of various ages and roughnesses that appear in shades of green and brown. Different vegetation zones, both natural and agricultural, are detected by the radar as areas of purple, green and yellow on the volcano's flanks. Scientists are using images such as this to understand the evolution of the structure of Teide, especially the formation of the summit caldera and the potential for collapse of the flanks. The volcano is one of 15 identified by scientists as potentially hazardous to local populations, as part of the international