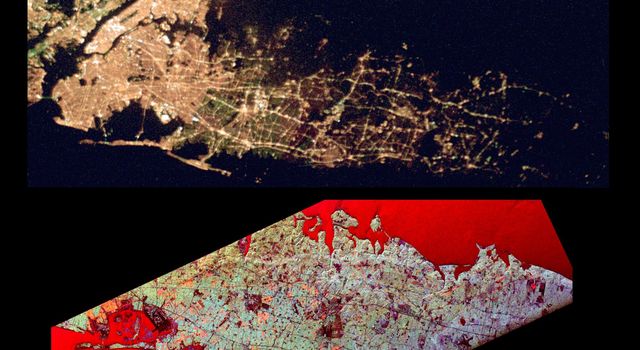 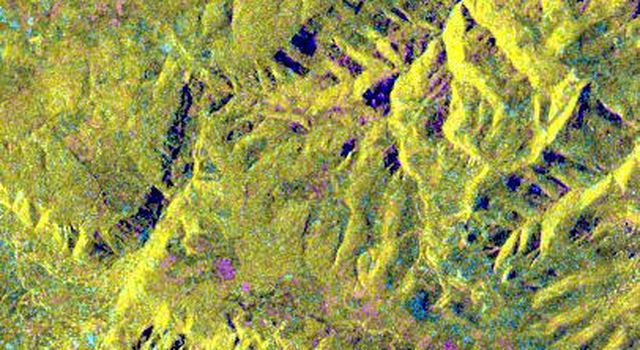 This is an image of Taal volcano, near Manila on the island of Luzon in the Philippines. The black area in the center is Taal Lake, which nearly fills the 30-kilometer-diameter (18-mile) caldera. The caldera rim consists of deeply eroded hills and cliffs. The large island in Taal Lake, which itself contains a crater lake, is known as Volcano Island. The bright yellow patch on the southwest side of the island marks the site of an explosion crater that formed during a deadly eruption of Taal in 1965.

Since 1572, Taal has erupted at least 34 times. Since early 1991, the volcano has been restless, with swarms of earthquakes, new steaming areas, ground fracturing, and increases in water temperature of the lake. Volcanologists and other local authorities are carefully monitoring Taal to understand if the current activity may foretell an eruption. Taal is one of 15 "Decade Volcanoes" that have been identified by the volcanology community as presenting large potential hazards to population centers. The bright area in the upper right of the image is the densely populated city of Manila, only 50 kilometers (30 miles) north of the central crater.

Spaceborne Imaging Radar-C/X-band Synthetic Aperture Radar (SIR-C/X-SAR) is part of NASA's Mission to Planet Earth. The radars illuminate Earth with microwaves, allowing detailed observations at any time, regardless of weather or sunlight conditions. SIR-C/X-SAR uses three microwave wavelengths: L-band (24 cm), C-band (6 cm) and X-band (3 cm). The multi-frequency data will be used by the international scientific community to better understand the global environment and how it is changing. The SIR-C/X-SAR data, complemented by aircraft and ground studies, will give scientists clearer insights into those environmental changes which are caused by nature and those changes which are induced by human activity.