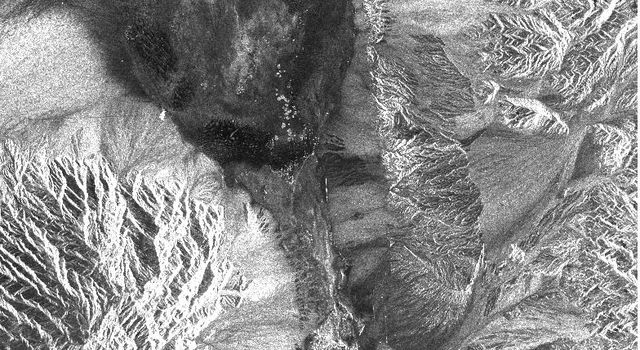 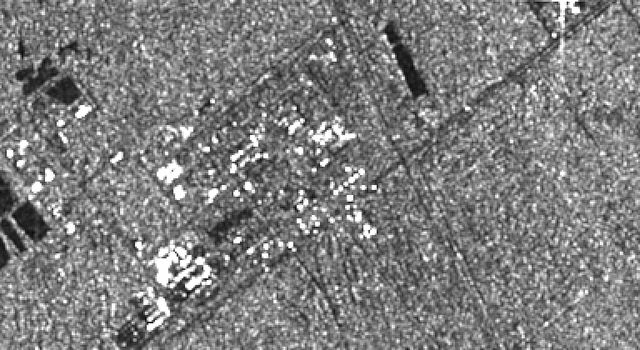 These two images were created using data from the Spaceborne Imaging Radar-C/X-Band Synthetic Aperture Radar (SIR-C/X-SAR). On the left is a false-color image of Manaus, Brazil acquired April 12, 1994, onboard space shuttle Endeavour. In the center of this image is the Solimoes River just west of Manaus before it combines with the Rio Negro to form the Amazon River. The scene is around 8 by 8 kilometers (5 by 5 miles) with north toward the top. The radar image was produced in L-band where red areas correspond to high backscatter at HH polarization, while green areas exhibit high backscatter at HV polarization. Blue areas show low backscatter at VV polarization. The image on the right is a classification map showing the extent of flooding beneath the forest canopy. The classification map was developed by SIR-C/X-SAR science team members at the University of California,Santa Barbara. The map uses the L-HH, L-HV, and L-VV images to classify the radar image into six categories:

Data like these help scientists evaluate flood damage on a global scale. Floods are highly episodic and much of the area inundated is often tree-covered.