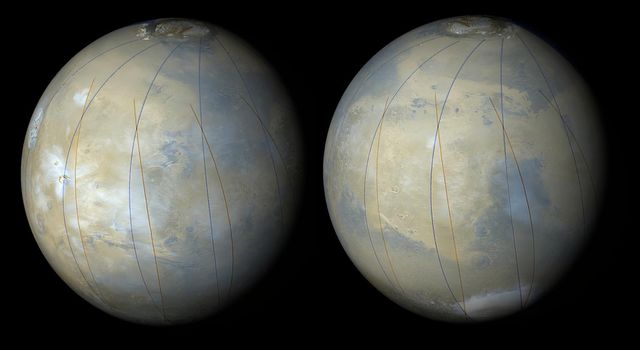 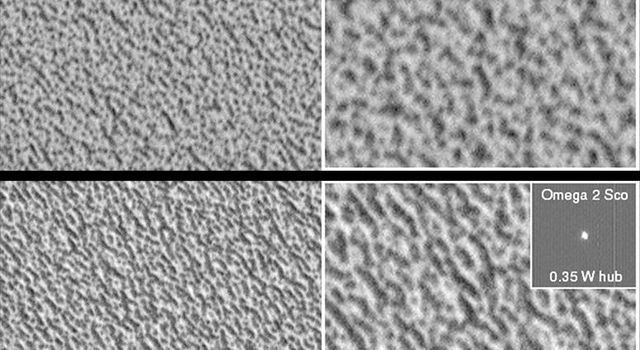 During the Mars Orbiter Camera (MOC) focus and calibration testing period in the first week of March 1999, small pictures of surfaces in the north polar region were used to check the quality of each change in the camera's focus. Some of these pictures showed the north polar permanent ice cap, while others provided a close-up view of some of the dark sand dunes that surround the north polar region. This picture shows the best example. The dunes here are dark and their slipfaces -- the steep slope on the dune's lee side -- is on the left of each dune, indicating wind transport from right to left in this particular location. The substrate between the dunes is bright and has a rough, bumpy texture. The picture covers an area 1000 meters (1094 yards) by 400 meters (437 yards). Illumination is from the lower right.