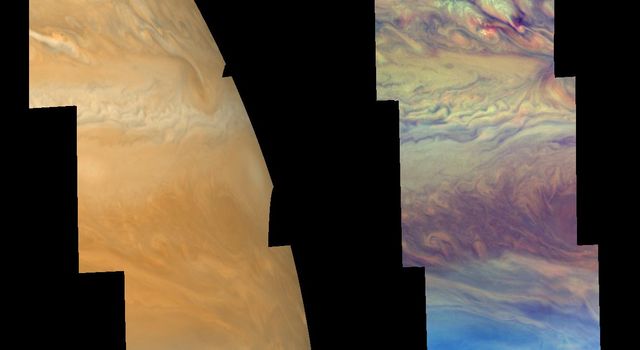 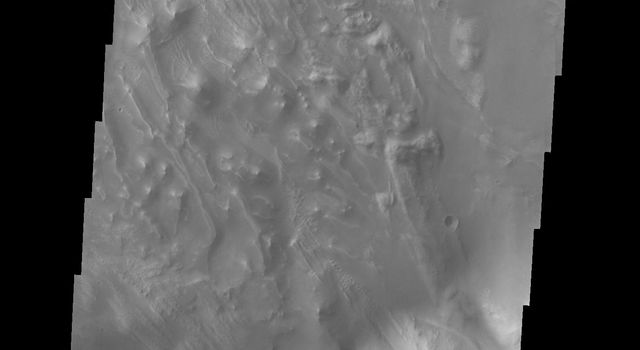 These artist's drawings depict two proposed models of the subsurface structure of the Jovian moon, Europa. Geologic features on the surface, imaged by the Solid State Imaging (SSI) system on NASA's Galileo spacecraft might be explained either by the existence of a warm, convecting ice layer, located several kilometers below a cold, brittle surface ice crust (top model), or by a layer of liquid water with a possible depth of more than 100 kilometers (bottom model). If a 100 kilometer (60 mile) deep ocean existed below a 15 kilometer (10 mile) thick Europan ice crust, it would be 10 times deeper than any ocean on Earth and would contain twice as much water as Earth's oceans and rivers combined. Unlike the Earth, magnesium sulfate might be a major salt component of Europa's water or ice, while the Earth's oceans are salty due to sodium chloride (common salt).

While data from various instruments on the Galileo spacecraft indicate that an Europan ocean might exist, no conclusive proof has yet been found. To date Earth is the only known place in the solar system where large masses of liquid water are located close to a solid surface. Other sources are especially interesting since water is a key ingredient for the development of life.

This image and other images and data received from Galileo are posted on the World Wide Web, on the Galileo mission home page at URLhttp://solarsystem.nasa.gov/galileo/. Background information and educational context for the images can be found at URL http://www.jpl.nasa.gov/galileo/sepo