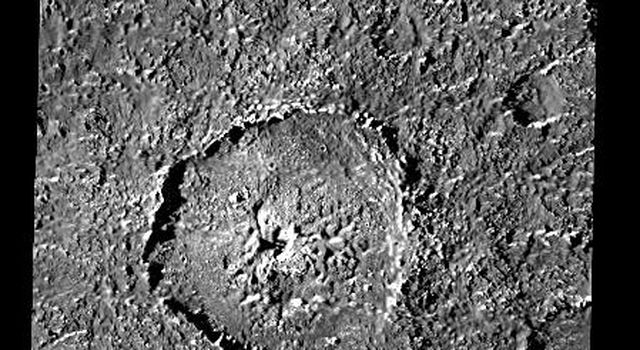 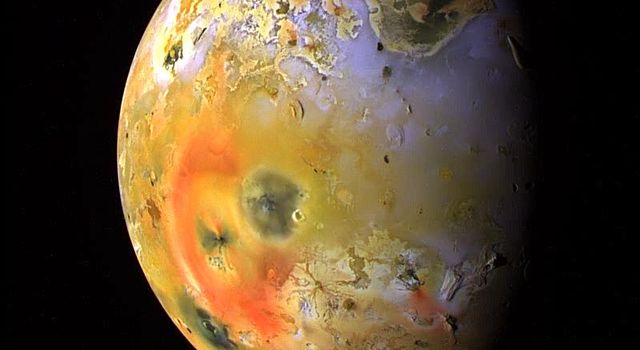 These views of the key volcanic centers on Jupiter's moon, Io, merge color data with higher resolution mosaics. They show the color units in relation to surface features, and fine brightness variations such as volcanic flows. The images in frames "a" through "g" are all scaled to the same proportions. Frame "a" is 575 kilometers (356 miles) across.

These images show that some of the most colorful and high-contrast regions on Io are associated with the most active volcanoes. They also illustrate that fresh-appearing lava flows are often associated with active plumes(for example at Loki, Prometheus, Culann, Marduk, Volund, Zamama, Maui, and Amirani). It is possible that the plumes result from interaction between the advancing flows and the SO2-rich surface deposits, analogous to the plumes that form when lava flows into a body of water (for example, in Hawaii).

North is to the top of the picture. The color has been enhanced. The images were obtained with the green, violet, and 756 micrometer filters of the Solid State Imaging (SSI) system on NASA's Galileo spacecraft.

This image and other images and data received from Galileo are posted on the World Wide Web, on the Galileo mission home page at URLhttp://solarsystem.nasa.gov/galileo/. Background information and educational context for the images can be found at URL http://www.jpl.nasa.gov/galileo/sepo