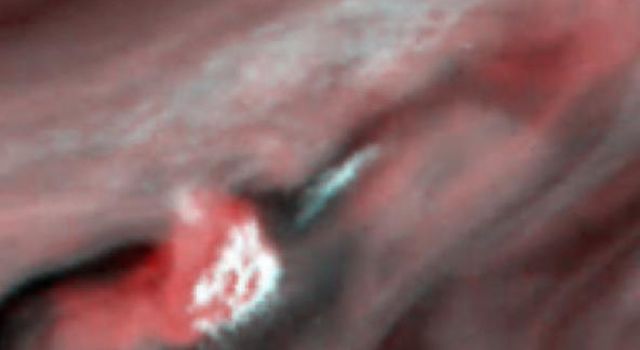 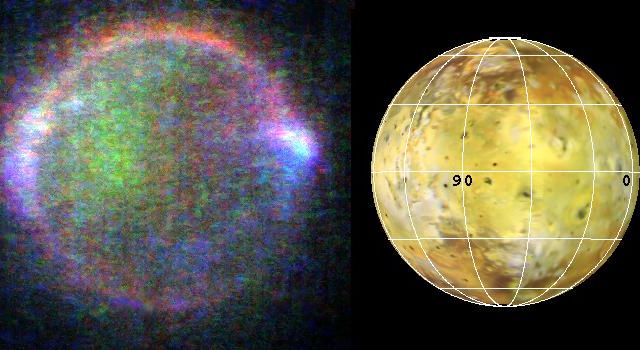 This picture highlights a convective storm (left panel) and the associated lightning (right panels) in Jupiter's atmosphere. The left image shows the dayside view. The right images show the area highlighted (box) in the dayside view as it appeared 110 minutes later during the night. Multiple lightning strikes are visible in the night side images, which were taken 3 minutes and 38 seconds apart. The bright, cloudy area in the dayside view is similar in appearance to a region of upwelling in Earth's atmosphere. The dark, clear region to the west (left) appears similar to a region of downwelling in Earth's atmosphere. The presence of lightning confirms that this is a site of moist convection.