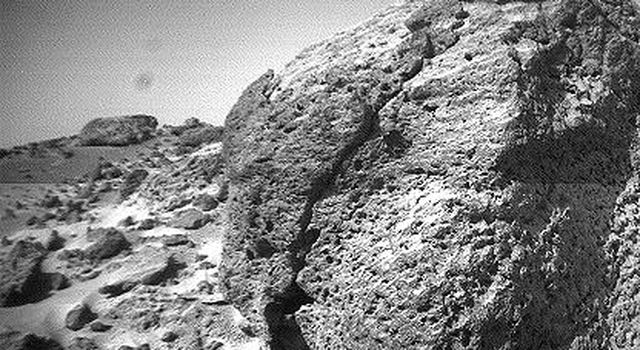 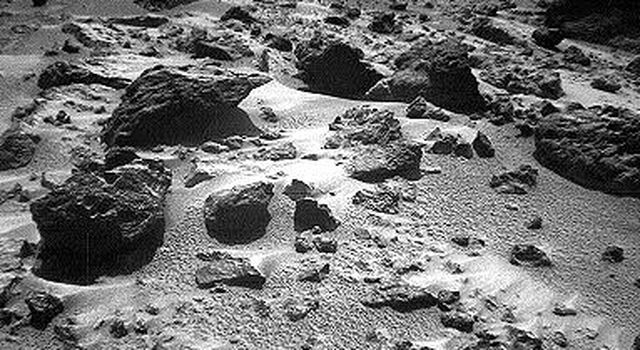 This left image of a stereo image pair, taken on Sol 72 (September 15) from the Sojourner rover's front cameras, shows areas of the Pathfinder landing site never before seen. The large rock on the right is "Chimp."