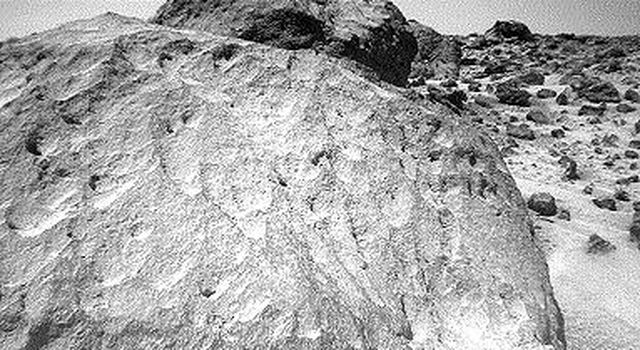 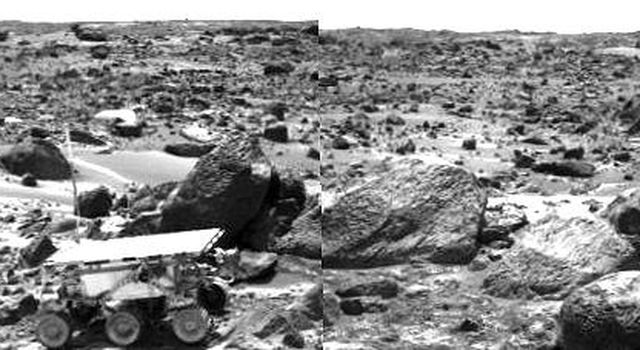 The Sojourner rover's Alpha Proton X-ray Spectrometer (APXS) is shown deployed against the rock "Moe" on the afternoon of Sol 64 (September 7). The rocks to the left of Moe are "Shark" (left of Sojourner) and "Half Dome" (behind Sojourner). They were previously measured by the APXS. The image was taken by the Imager for Mars Pathfinder (IMP).