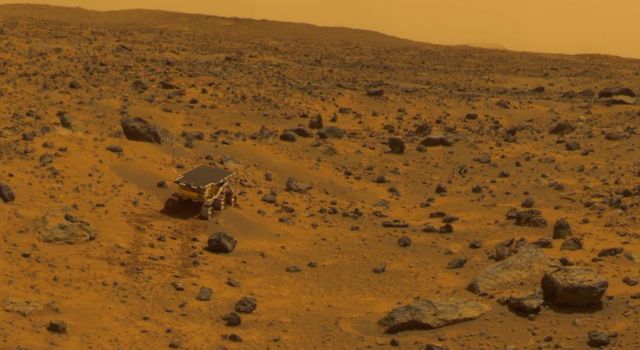 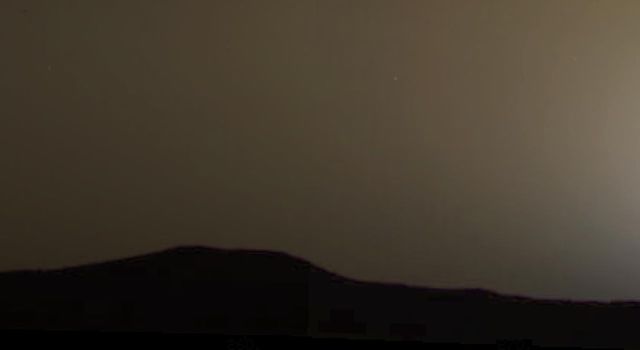 Sunrise, sol 39. This true color, pre-sunrise image (approximately 0530LST) is composed of six images extending 30 ° in azimuth and 45 ° in elevation and shows the brownish gray predawn sky. A description of the techniques used to generate this color image from IMP data can be found in Maki et al., 1999. Note: a calibrated output device is required accurately reproduce the correct colors.