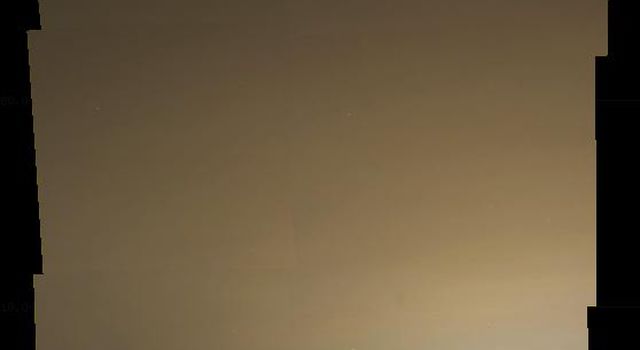 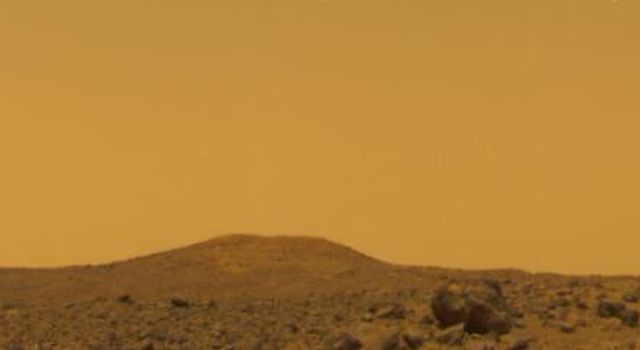 The brownish gray sky as it would be seen by an observer on Mars in this four-frame, true color mosaic taken on sol 24 (at approximately 1610 LST). The twin peaks can be seen on the horizon. The sky near the sun is a pale blue color. Azimuth extent is 60° and elevation extent is approximately 12°degrees. A description of the techniques used to generate this color image from IMP data can be found in Maki et al., 1999 (see full reference in Image Note). Note: a calibrated output device is required accurately reproduce the correct colors.