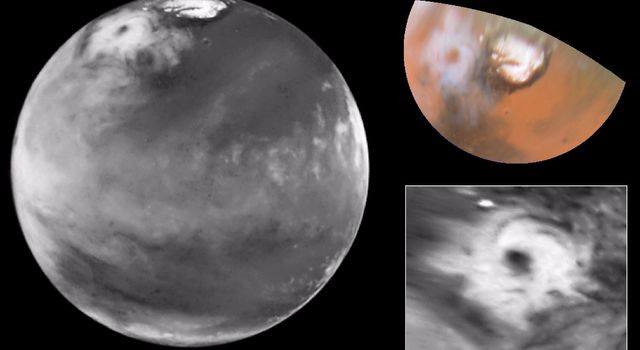 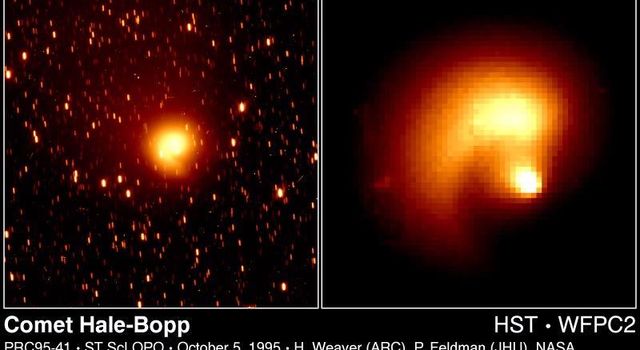 HUBBLE SHOOTS THE MOON in a change of venue from peering at the distant universe, NASA's Hubble Space Telescope has taken a look at Earth's closest neighbor in space, the Moon. Hubble was aimed at one of the Moon's most dramatic and photogenic targets, the 58 mile-wide (93 km) impact crater Copernicus. The image was taken while the Space Telescope Imaging Spectrograph (STIS) was aimed at a different part of the moon to measure the colors of sunlight reflected off the Moon. Hubble cannot look at the Sun directly and so must use reflected light to make measurements of the Sun's spectrum. Once calibrated by measuring the Sun's spectrum, the STIS can be used to study how the planets both absorb and reflect sunlight.

(upper left) The Moon is so close to Earth that Hubble would need to take a mosaic of 130 pictures to cover the entire disk. This ground-based picture from Lick Observatory shows the area covered in Hubble's photomosaic with the WideField Planetary Camera 2.