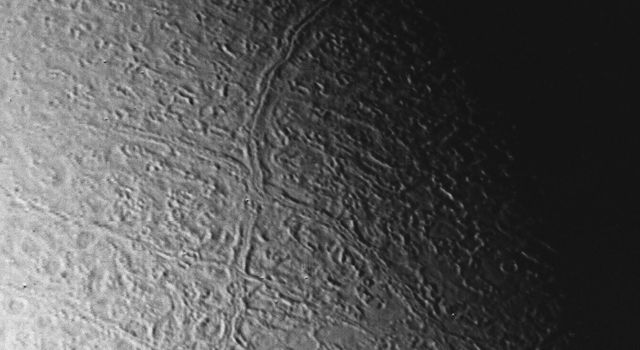 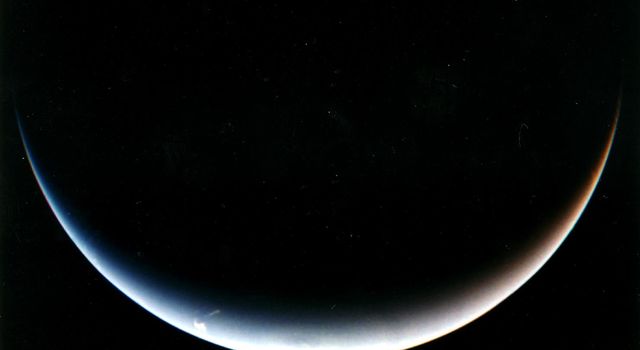 Post-encounter View of Neptune's South Pole
Part of the complex geologic history of icy Triton, Neptune's largest satellite, is shown in this Voyager 2 photo, which has a resolution of 900 meters (2,700 feet) per picture element. The photo was received as part of a Triton-mapping sequence between 3:30 and 5:30 a.m. (PDT). This view is about 500 kilometers (300 miles) across. It encompasses two depressions, possibly old impact basins, that have been extensively modified by flooding, melting, faulting, and collapse. Several episodes of filling and partial removal of material appear to have occurred. The rough area in the middle of the bottom depression probably marks the most recent eruption of material. Only a few impact craters dot the area, which shows the dominance of internally driven geologic processes on Triton.