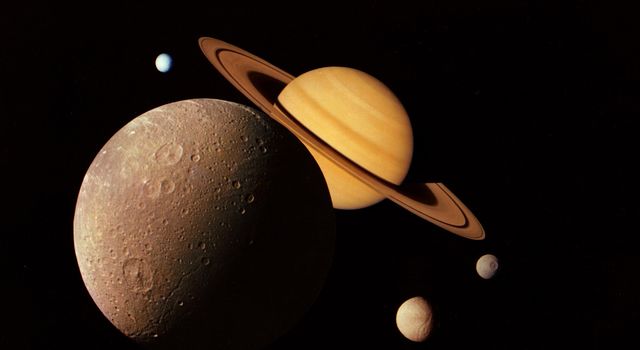 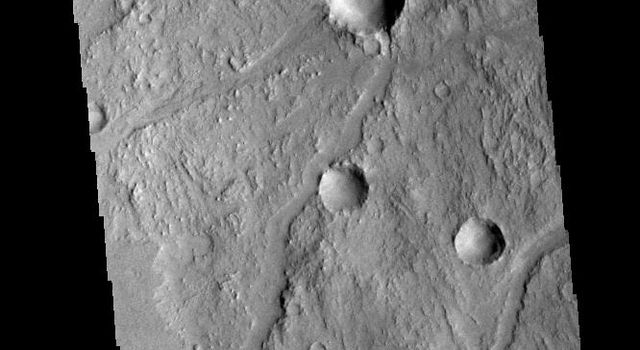 Jupiter and its four planet-size moons, called the Galilean satellites, were photographed in early March by Voyager 1 and assembled into this collage. They are not to scale but are in their relative positions. Startling new discoveries on the Galilean moons and the planet Jupiter made by Voyager 1 have been factored into a new mission design for Voyager 2. Voyager 2 will fly past Jupiter on July 9. Reddish Io (upper left) is nearest Jupiter; then Europa (center); Ganymede and Callisto (lower right). Nine other much smaller satellites circle Jupiter, one inside Io's orbit and the other millions of miles from the planet. Not visible is Jupiter's faint ring of particles, seen for the first time by Voyager 1.

The Voyager Project is managed for NASA's Office of Space Science by Jet Propulsion Laboratory, California Institute of Technology.