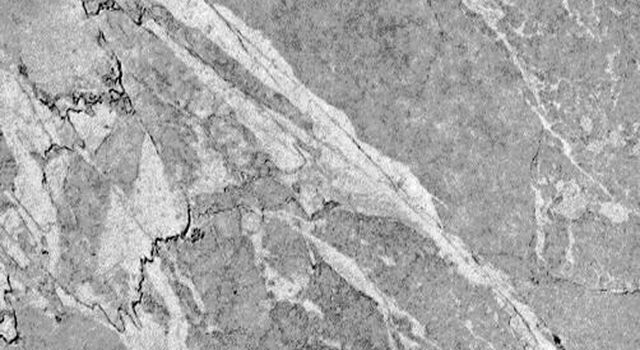 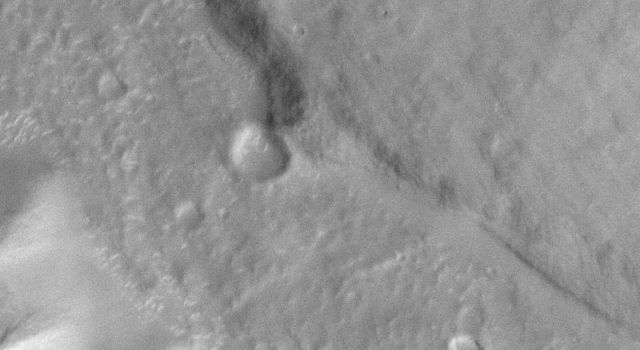 One of the most striking discoveries of the Mars Global Surveyor mission has been the identification of thousands of meters/feet of layers within the wall rock of the enormous martian canyon system, Valles Marineris.

Valles Marineris was first observed in 1972 by the Mariner 9 spacecraft, from which the troughs get their name: Valles--valleys, Marineris--Mariner.

Some hints of layering in both the canyon walls and within some deposits on the canyon floors were seen in Mariner 9 and Viking orbiter images from the 1970s. The Mars Orbiter Camera on board Mars Global Surveyor has been examining these layers at much higher resolution than was available previously.

MOC images led to the realization that there are layers in the walls that go down to great depths. An example of the wall rock layers can be seen in MOC image 8403, shown above (C).

MOC images also reveal amazing layered outcrops on the floors of some of the Valles Marineris canyons. Particularly noteworthy is MOC image 23304 (D, above), which shows extensive, horizontally-bedded layers exposed in buttes and mesas on the floor of western Candor Chasma. These layered rocks might be the same material as is exposed in the chasm walls (as in 8403--C, above), or they might be rocks that formed by deposition (from water, wind, and/or volcanism) long after Candor Chasma opened up.

In addition to layered materials in the walls and on the floors of the Valles Marineris system, MOC images are helping to refine our classification of geologic features that occur within the canyons. For example, MOC image 25205 (E, above), shows the southern tip of a massive, tongue-shaped massif (a mountainous ridge) that was previously identified as a layered deposit. However, this MOC image does not show layering. The material has been sculpted by wind and mass-wasting--downslope movement of debris--but no obvious layers were exposed by these processes.

Valles Marineris a fascinating region on Mars that holds much potential to reveal information about the early history and evolution of the red planet. The MOC Science Team is continuing to examine the wealth of new data and planning for new Valles Marineris targets once the Mapping Phase of the Mars Global Surveyor mission commences in March 1999.