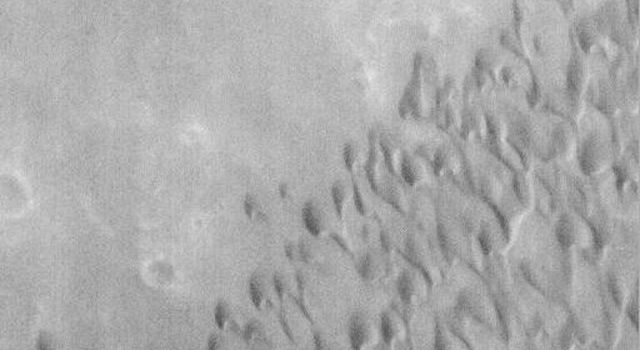 Windblown Dunes on the Floor of Herschel Impact Basin 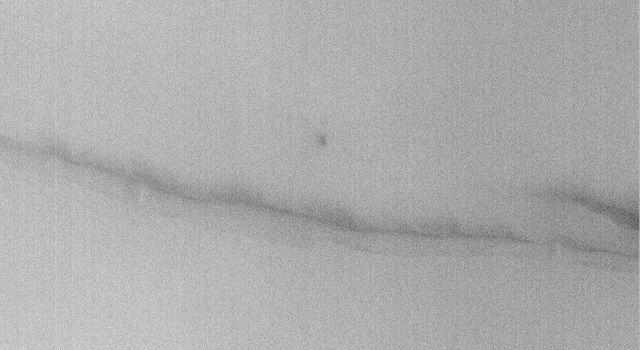 Despite the cloudy skies over much of the martian northern hemisphere in early June 1998, some pictures obtained by MOC have not been cloudy. However, to obtain cloud-free images, the MOC team sometimes has to select low-latitude regions where the image resolution will only be about 10-12 meters (33-39 feet) per pixel, rather than the 2- 4 meters (7-13 feet) per pixel available at higher latitudes.

The above MOC image, #35704, was obtained on Mars Global Surveyor's 357th orbit. The picture was taken around 1:39 p.m. PDT on June 10, 1998, and its center is around 15.44°S, 309.48°W. This MOC image shows an eroded portion of the thick ejecta (material thrown out of an impact crater during its formation) from a very large impact basin, Huygens. The ejecta appears to have been eroded such that a previously buried crater has been exposed. Alternatively, the crater might have formed after Huygens, but then its eroded appearance would imply considerable erosion and removal of material.