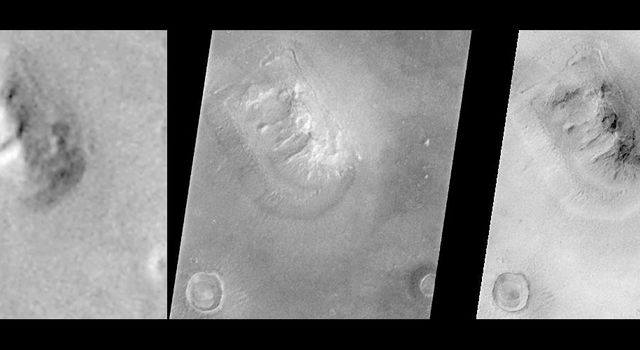 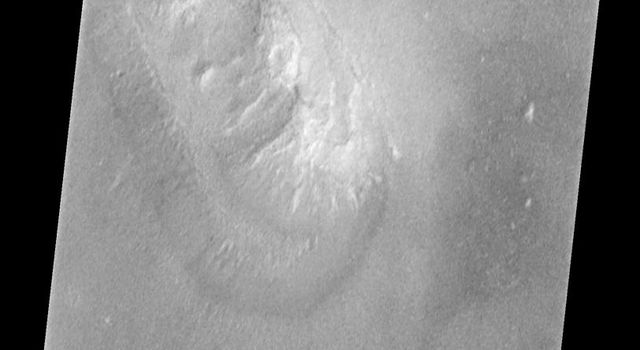 Shortly after midnight Sunday morning (5 April 1998 12:39 AM PST), the Mars Orbiter Camera (MOC) on the Mars Global Surveyor (MGS) spacecraft successfully acquired a high resolution image of the "Face on Mars" feature in the Cydonia region. The image was transmitted to Earth on Sunday, and retrieved from the mission computer data base Monday morning (6 April 1998). The image was processed at the Malin Space Science Systems (MSSS) facility 9:15 AM and the raw image immediately transferred to the Jet Propulsion Laboratory (JPL) for release to the Internet. The images shown here were subsequently processed at MSSS.

Image processing has been applied to the images in order to improve the visibility of features. This processing included the following steps: