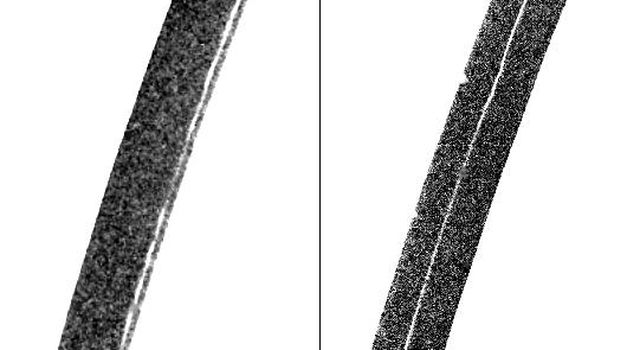 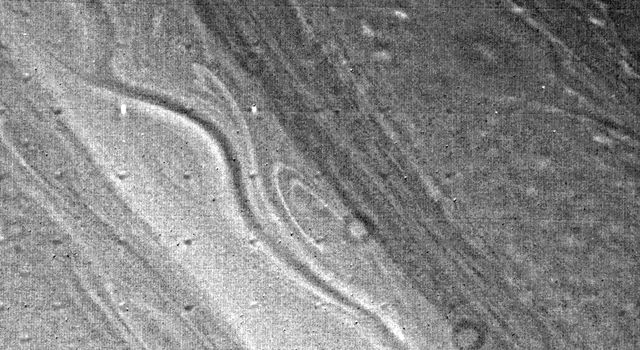 This Voyager 2 photograph of the lit face of Saturn's B-ring was obtained Aug. 25 from a distance of 743,000 kilometers (461,000 miles). It covers a range of about 6,000 km. (3,700 mi.) and shows the ring structure broken up into about 10 times more ringlets than previously suspected. The narrowest features here are about 15 km. (10 mi.) wide. Variations in brightness are due to a combination of differences in ring particle number density and light scattering properties. The B-ring is the most opaque of Saturn's rings; the highest-resolution Voyager 1 observations were of its unlit face, where little detail is visible. The Voyager project is managed for NASA by the Jet Propulsion Laboratory, Pasadena, Calif.