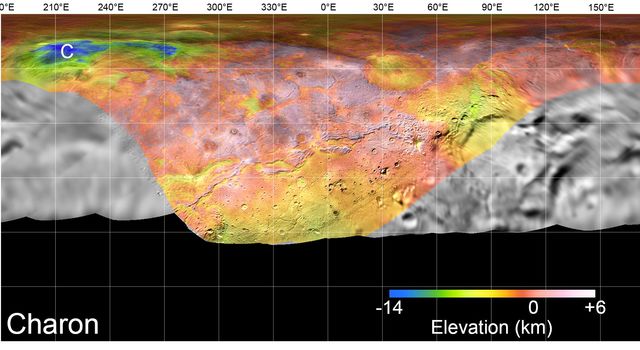 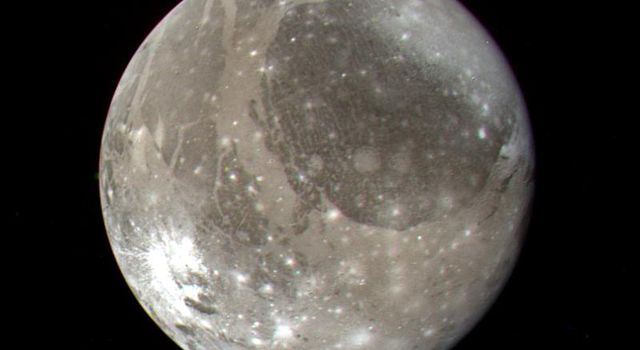 Voyager 2 took this picture of Io on the evening of July 9, 1979, from a range of 1.2 million kilometers. On the limb of Io are two blue volcanic eruption plumes about 100 kilometers high. These two plumes were first seen by Voyager 1 in March, 1979, and are designated Plume 5 (upper) and Plume 6 (lower). They have apparently been erupting for a period of at least 4 months and probably longer. A total of six plumes have been seen by Voyager 2, all of which were first seen by Voyager 1. The largest plume viewed by Voyager 1 (Plume 1) is no longer erupting. Plume 4 was not viewed on the edge of the moon's disc by Voyager 2 and therefore it is not known whether or not it is still erupting. This picture is one of a series taken to monitor the eruptions over a 6 hour period.